Professor Lars Engebretsen has been awarded the Nordic Prize in Medicine 2015. The prize is SEK 1 million and is awarded by the Ulf Nilsonnes Foundation in partnership with Folksam.

Mentoring groups and career counselling are some of the options open to postdoctoral fellows at the faculty through the Postdoctoral Programme.

Professor Ludvig M. Sollid and Professor Rikard Holmedahl of the Karolinska Institutet have been awarded the Jahre Award for 2015. Sollid received the award for his research that identified the molecular and actual cause of coeliac disease.

The path to a professorship via the Netherlands

The Centre for Medical Ethics has acquired two Scientia Fellows. Marit Helene Hem and Elleke Landeweer from the Netherlands are undertaking a one-year exchange as part of their career development towards a professorship.

BiO and NCMM organized under the Faculty of Medicine

From 1 April, the Biotechnology Centre of Oslo (BiO) and the Centre for Molecular Medicine Norway (NCMM), both UiO centres, will be organized under the Faculty of Medicine on a par with the faculty’s three institutes. 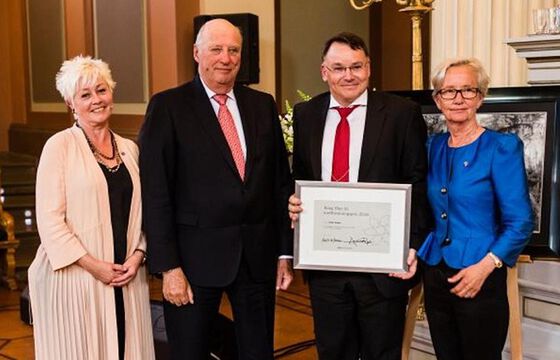 Community medicine specialist to the finals for outstanding communicators

Anne Kveim Lie is one of the finalists in Morgenbladet’s selection of Norway’s top ten outstanding lecturers. She brings substance abusers into the auditorium and helps foster critical reflection in future doctors. The Faculty’s Award for quality in teaching in the professional programme of study in medicine for 2015 goes to Nanna von der Lippe, PhD candidate. HUS: With a focus on education

The Faculty of Medicine has recently created the Centre for Health Sciences Education (HUS). The centre aims to develop the faculty's study programmes through research and innovation. Professor Ludvig M. Sollid and his research group have established the true cause of coeliac disease. The group has been singled out as one of five world-leading research groups at UiO, and will receive substantial funding for its international efforts.

We just started testing out the Open Ephys hardware and software, and it looks promising, indeed.