Norway has been awarded the UN Prize for its strategy, “Better Health, Better Lives - Combating Non-Communicable Diseases in the Context of Norwegian Development Policy 2020-2024." 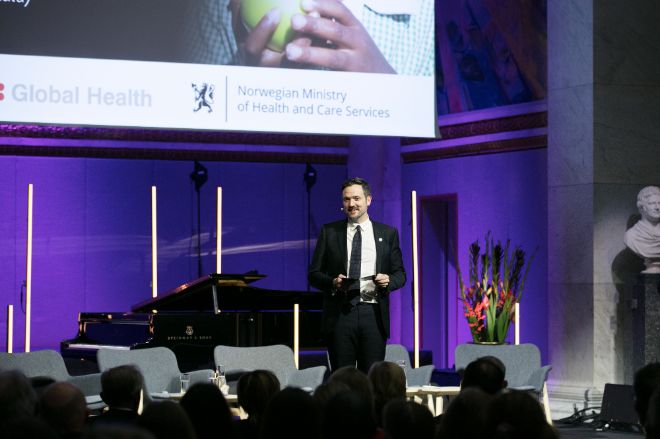 Norway has been awarded the United Nations Inter-Agency Task Force on the Prevention and Control of Non-Communicable Diseases Award for its efforts against non-communicable diseases (NCDs). A press release (in Norwegian) of this announcement can be found here.

Last November at the Universitetets Aula (University Hall), University of Oslo (UiO), a Gathering for the Future of Global Health was co-organized by the Norwegian Ministry of Foreign Affairs and Norwegian Ministry of Health and Care Services, and supported by the Centre for Global Health, UiO. During this gathering, Norway was the first country in the world to launch a strategy for how development assistance funds can be used to combat NCDs. With the strategy «Better Health, Better Life», Norway advocates a strengthened global commitment to the world's health arenas. The aim of the strategy is to contribute to reducing premature deaths from NCDs in low-income countries by a third by 2030 (SDG 3.4), and to improve people's health through the life-course. The government has allocated NOK 140 million for this work and will continue its efforts towards 2024.

English – “I am proud that Norway receives this UN award in recognition of the work we have now begun to combat the biggest global health problem the world is facing. We want to help reverse the negative development in the poorest countries.”

A live stream of the launch event can be found here.

More about the United Nations Inter-Agency Task Force on the Prevention and Control of Non-Communicable Diseases Award can be found on the WHO website.