After one year with preparations, the EPoS (European Polyp Surveillance Trial) trial has started patient recruitment. The EPoS study will include 30,000 patients over the next three years. Aim of the study is to find better surveillance intervals for patients with colorectal polyps. 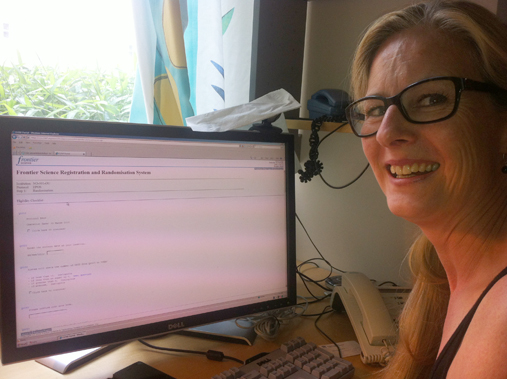 Siv Furholm is the nurse who follows up the trial in the EpoS study. Photo: Michael Bretthauer

The first six patients were randomized at Sørlandet Hospital in Kristiansand, Norway in May 2015. In June, Oslo University Hospital startet to enril their first patients, and in the first week of August, Poland and Spain started to enroll patients.

The EpoS study is a large multinational project which is financed by multiple sources in the participating countries.