Cand.med. Niels Einar Kirkhus at Institute of Health and Society will be defending the thesis “Exposure and pulmonary effects in offshore drill floor workers” for the degree of PhD (Philosophiae Doctor). 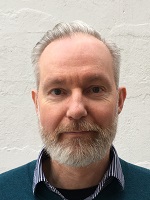 Aims
The aims of this thesis were to characterize work-related airborne exposures among offshore drill floor workers and to evaluate the association between exposures and possible adverse respiratory effects detectable by measurements of pulmonary function, selected biomarkers and high-resolution computed tomography (HRCT).

Material and methods
Air samples for assessing exposure to oil mist, oil vapour, drilling fluids (muds) and diesel exhaust were collected by personal sampling among drill floor workers during drilling with oil-based drilling mud (Paper I). Drilling parameters, working areas and selected work tasks were registered along with the air sample collection.
A group of 65 drill floor workers and a reference group of 65 offshore workers not involved in drilling were recruited to a study of short-term pulmonary effects. Pulmonary function (Paper II) and serum biomarkers of pulmonary and systemic inflammation (Paper III) were measured in both groups before and after a 14-day offshore work period.
Furthermore, a group of 57 subjects with their first registered employment as drill floor workers in the 1980s was examined with HRCT for the assessment of pulmonary fibrosis (Paper II).

Results
Median air concentrations of 180 µg/m3 (<detection limit (DL) – 6000) oil mist, 14 mg/m3 (<DL – 120) oil vapour and 140 µg/m3 (<DL – 2400(Fe)) drilling mud were measured. Concentrations of oil mist and oil vapour were correlated with drilling mud temperature, while exposure to airborne drilling mud was correlated to the use of pressure washers. Exposure to diesel exhaust was only sporadically detected and the levels were low (Paper I). Pulmonary function at baseline was as expected for asymptomatic males and comparable between drill floor workers and referents. After taking into account circadian variation in pulmonary function, the drill floor workers experienced a statistically significant decline in FEV1 after 14 days of offshore work, in contrast to the referents. The decline in FEV1 was negatively associated with the number of work days with active drilling during the work period (Paper II). The decline in pulmonary function was not accompanied by indications of pulmonary or systemic inflammation as assessed by concentrations of the biomarkers club cell protein 16 (CC-16), surfactant protein D (SP-D) and C-reactive protein (CRP) (Paper III). No signs of pulmonary fibrosis related to oil mist exposure were found by HRCT among participants previously exposed as drill floor workers (Paper II).

Conclusion
Drill floor workers were exposed to airborne contaminants from drilling mud that probably were both thermally and mechanically generated. A decline in pulmonary function of an obstructive nature was observed among the drill floor workers, and the decline is anticipated to be reversible based on normality at baseline.  Hypotheses of inflammatory or fibrotic effects of exposure to drilling mud could not be confirmed. The results indicate that exposure situations outside the shaker area may be important for the observed pulmonary effects.