MD Siri Marie Solbakken at Institute of Health and Society will be defending the thesis “Hip fracture incidence and mortality: The impact of season, health status and urbanization” for the degree of PhD (Philosophiae Doctor). 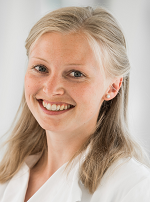 Information on self-perceived health, BMI and smoking status predicted excess mortality in hip fracture patients. Underweight patients who reported poor or not very good self-perceived health and daily smoking had a more than 6-fold increased mortality compared to persons without fracture. However, an excess mortality was present also in patients with the most favorable levels of these risk factors. Hip fracture patients living in urban areas had a higher mortality than their rural-dwelling counterparts, and the mortality differences were most pronounced during the first 1-2 years after hip fracture.