MSc Ellen Gabrielsen Hjelle at Institute of Health and Society will be defending the thesis “Evaluating the effect of a complex intervention aiming to promote psychosocial well-being after stroke - A multicentre randomised controlled trial” for the degree of PhD (Philosophiae Doctor). 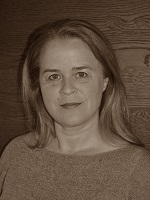 The overall aim of the study was to evaluate the effect of a previously developed and feasibility-tested psychosocial intervention on well-being after stroke.

Three hundred and twenty-two stroke patients participated in the study after being recruited within the first month post stroke. The participants in the intervention group received a dialogue-based intervention in addition to standard stroke treatment.

The intervention targeted the participants’ feelings, thoughts and experiences after the stroke and consisted of eight individual one- to one-and-a-half-hour sessions between the participant and a trained healthcare professional. Each meeting had a guiding topical outline addressing significant issues described in the research literature, such as bodily changes, emotional challenges, personal relationships, daily life issues, meaningful activities, existential issues and important values. Psychometric properties of the primary outcome measurement of the randomised controlled trial was explored, and several different statistical analyses were applied to investigate the results.

Conclusion The hypothesis that the participants in the intervention group would experience psychosocial well-being in form of improved mood, a higher level of health-related quality of life and less depression and anxiety was not confirmed.