Msc Anteneh Desalegn at Institute of Health and Society will be defending the thesis “Early-life exposure to potential endocrine disrupting chemicals and adverse developmental outcomes in Norwegian children” for the degree of PhD (Philosophiae Doctor). 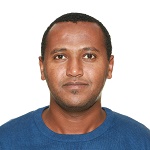 Humans are exposed to ever-increasing number of synthetic chemicals released into the environment. However, safety regulations often lag behind, and only a small fraction of these chemicals are extensively studied for their safety. Some of these chemicals interfere with the function of endogenous hormones, and can produce unwanted, permanent, and heritable side-effects even at low concentrations. This thesis aimed to identify chemicals associated with cryptorchidism (undescended testis) and autism among Norwegian children. The findings show that early-life exposure to background concentration of persistent chemicals (Polychlorinated biphenyls (PCBs) and organochlorine pesticide residue (β-Hexachlorocyclohexane)) that were banned decades ago in Norway still have the potential to give rise to undescended testis and autism in children. The estimated daily intake of these persistent chemicals and pesticide residues via breast milk among Norwegian children exceeds health-based guidance values agreed internationally. Though it is encouraging that their levels have been declining in Norway since the 1980s, further measures to reduce exposure, especially during critical periods such as pregnancy and early childhood, are recommended as Norwegian children continue to have the highest blood concentration of some of these persistent chemicals in Europe, perhaps due to longer duration of breastfeeding and a high rate of seafood consumption.