New study shows that colonoscopy-screening reduces the risk of getting colorectal cancer by 18 percent. The reduction is less than experts previously assumed. 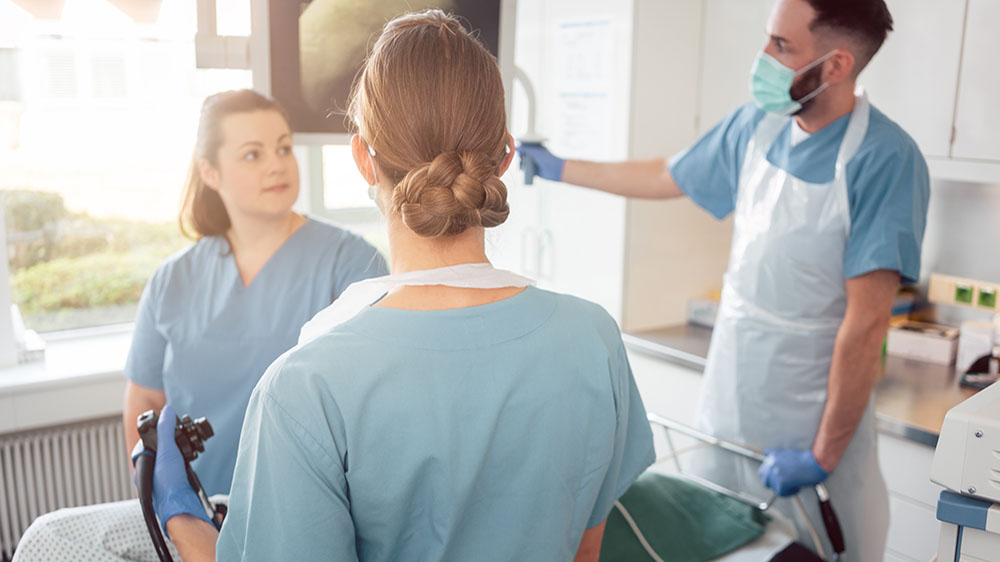 On October 10 the world’s first randomized study on using colonoscopy-screening to prevent colorectal cancer was presented during the 2022 UEG Week in Vienna. The United European Gastroenterology Week is the leading congress for bowel- and intestinal diseases and gather more than 14.000 participants each year.

The full study was published in New England Journal of Medicine (NEJM) (nejm.org).

– Colonoscopy unfortunately is not a miracle cure for colorectal cancer. According to our study, it probably is not better than the fecal samples, Michael Bretthauer, professor at the University of Oslo and senior physician at Oslo University Hospital says.

In the study 1,2 percent of the people who was not randomized for colonoscopy-screening got colorectal cancer after ten years, compared to 0.98 percent in the group who was offered screening.

– This means that new cases of colorectal cancer were reduced by 18 percent among the participants who were offered colonoscopy-screening, Bretthauer says.

The study is lead by Bretthauer and colleagues in the research group Clinical Effectiveness Research (uio.no) at the University of Oslo and Oslo University Hospital. The study is named NordICC, Nordic-European Initiative on Colorectal Cancer (uio.no).

The researchers followed 95.000 participants from four European countries over more than ten years

The study includes 95.000 participants from Norway, Sweden, Poland and the Netherlands. It is one of the largest randomized studies ever conducted.

Healthy people between the age of 55 and 64 was randomized into two groups: One group was offered one screening with colonoscopy, the other was not offered screening at all. All the participants in the study were followed for over ten years, to see if colonoscopy prevents colorectal cancer.

In Norway, screening centers were created at Sørlandet Hospital in Kristiansand and Arendal, which carried out thousands of colonoscopies for the study between 2009 and 2014.

The mortality rate for colorectal cancer is generally low in the NordICC-study. Only three out of thousand died from the disease during the ten years the researchers followed the participants, regardless of if they were offered screening or not. There was no significant decrease in the mortality rate for the screening group, compared to the group who was not offered screening.

– We are happy to see that the mortality rate is generally low in the study. The numbers are lower than expected when we started the study, Bretthauer says.

The main reason for the low mortality rates is that the treatment options for colorectal cancer have become noticeably better the past ten years. This makes colonoscopy-screening less effective to prevent patients from dying from colorectal cancer.

– This can mean that introducing screening with colonoscopy as a part of the colorectal cancer screening program in Norway can be less effective than previously assumed. Researchers and authorities should now discuss how the program should proceed from here, taking the results from the NordICC-study into consideration, Bretthauer says.

The researchers will follow the participants in the study the upcoming years, to see if the effect of screening gets better with time. The next report from the study is planned published in two years.

Learn more about the study from professor Michael Bretthauer on the EndoTalks podcast (YouTube).

What is a colonoscopy?

A video on colonoscopy by Rikshospitalet can be seen here: This is a colonoscopy – YouTube (Kreftregisteret)

On colorectal cancer-screening in Norway


The national screening program for colorectal cancer was introduced in Norway in 2022. The screening-program uses fecal samples to detect traces of blood in the stool, and sample kits are now distributed to all 55-year-old Norwegians.

The Norwegian Department of Health has recommended that the fecal sample is replaced by colonoscopy in five years’ time. Because no randomized studies previously have been done on this subject, experts have been unsure about the pros and cons of colonoscopy-screening. The NordICC-study shares new knowledge on the subject, and got a lot of attention during the European congress in Vienna.
By Mathilde Coraline Aarvold Bakke
E-mail this page