India is one of the world’s leading producers of antibiotics

India produces 20 percent of all generic medicines worldwide, but depends on ingredients from China to make the medicines. 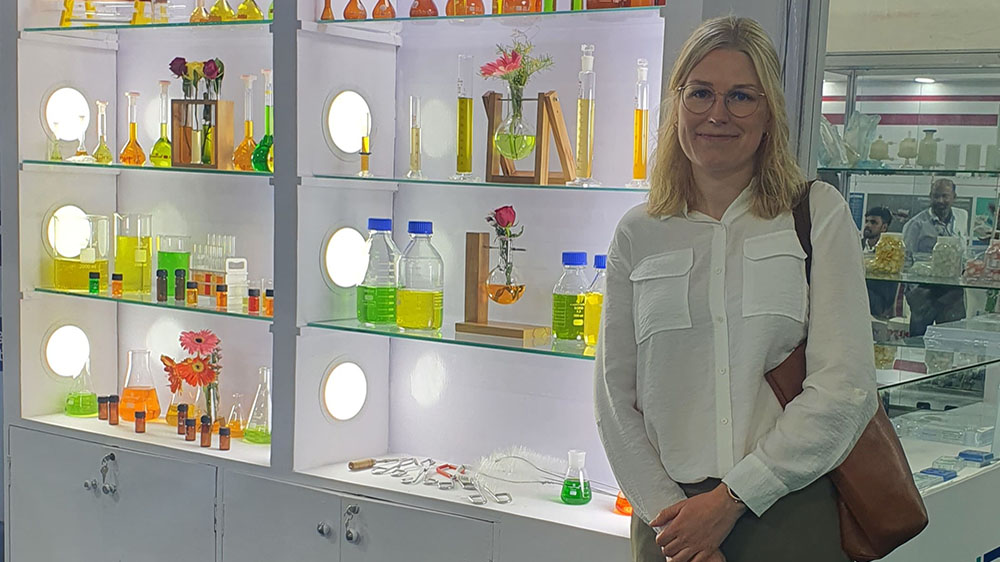 – We know that a lot of antibiotics today are produced in and exported from India and China, but few researchers have tried to figure out how much exactly, Lise Bjerke, PhD student at the Department of Community Medicine and Global Health, University of Oslo says.

Bjerke studies how antibiotics move between different countries and markets worldwide, and have been tracing antibiotics produced in India.

The article «Antibiotic geographies and access to medicines: Tracing the role of India's pharmaceutical industry in global trade» was first published in Social Science & Medicine.

Access to medicines is crucial to prevent antibiotic resistance

– The covid-19 pandemic has shown the importance of having access to medicines when needed, and that global and local restrictions can cause disturbances in global pharmaceutical production and trade, Bjerke says.

World Health Organization (WHO) estimates that two billion people worldwide do not have access to basic medicines. Bjerke has traced the global export of antibiotics geographically. She used international trade data and literature to study India’s role in the global pharmaceutical industry, mapping out and describing changes in Indian export of antibiotics over time.

India is described as «the world’s pharmacy»

– Most of the Indian medicines are exported to the global north, with the US as the biggest importer, measured by value, Bjerke says.

– Multiple countries in Africa and Asia import antibiotics and ingredients used to make antibiotics from India, and are highly dependent on importing medicines from here to be able to access them, she explains.

India is dependent on ingredients from China to make antibiotics

India is dependent on importing ingredients used to make antibiotics from China. The import have highly increased the past 20 years.

India being the leading producer of antibiotics in the world leads to possibilities, but also worries about access to these vital medicines in other countries.

– India can help cover the global need for medicines, but the now well-established Indian pharmaceutical industry makes it hard to succeed with local pharmaceutical industry in other countries. Additionally, it is often not economically beneficial to produce and export the older types of antibiotics, because they have low market value, Bjerke says.

– India is dependent on importing ingredients from China to be able to make medicines, and the relationship between China and India have become tense because of border conflicts the past few years, she says.

In a historical perspective the pharmaceutical industry in India has been crucial to economic independence and access to medicines. Indian political governance and the removal of product patents on medicines in the 1970s were central for the growth in the industry. This made it possible to develop, produce and sell medicines that were still patented elsewhere.

UiO research project is studying production and distribution of antibiotics

Bjerke is a part of the research project «From Asia to Africa: Antibiotic trajectories across the Indian Ocean» (FAR) at the University of Oslo. FAR is financed by the Research Council of Norway, and is an interdisciplinary project studying India and China’s roles as global producers of antibiotics, both historically and today. Bjerke is studying how antibiotics is distributed, regulated, and used worldwide, especially in the global south.

The research project is led by Heidi Fjeld, professor at the Department of Community Medicine and Global Health, UiO.

– The goal of the FAR-project is to understand more about how antibiotics, as medicine and commodities, move throughout the world, by following antibiotics as objects, exploring social, economic and cultural aspects of production, regulation and consumption, from it is produced in Asia and until it reaches patients and farmers in Africa, Fjeld explains.

The FAR research group is studying regulation and use of antibiotics, especially among farmers, animals, and others in the farming industry in the Kilimanjaro-region in Tanzania. Several members of the research group are doing field-work in Tanzania and India.