In order to learn more about loneliness from the perspective of older people, we have developed a qualitative study. 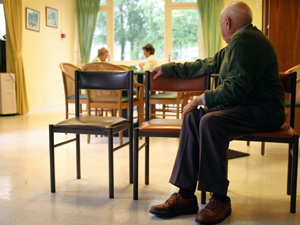 Loneliness is a pressing social and health issue for many older Europeans. As Norway's population ages, greater numbers of people 67 years and over experience negative social, emotional and physical health problems associated with loneliness.

Loneliness is a concept that is not always clearly defined or consistently used in the research literature. Frequently it is used interchangeably with social isolation.

A number of theories have been advanced to explain loneliness. However, such theories are often not based on empirical data and older persons' perspectives are invariably absent.

Various instruments have also been developed to measure loneliness; the US based UCLA Loneliness Scale being the most widely used. This scale is designed to identify lonely people and distinguish between those who are lonely and those who are depressed. Such scales however, are of limited value in understanding how loneliness is understood and/or managed by older people.

In order to learn more about loneliness from perspective of older people, we have developed a qualitative study.  In-depth semi-structured interviews have been conducted with 30 older people, employing maximum variation purposive sampling. Participants include older people 70 years and over, living in a variety of geographical areas, in varying types of accommodation, including residential care, receiving various levels of services and support, and having or not having family or significant others.

The aims are to identify and describe older people's perceptions and understandings of loneliness.