Alzheimer’s disease is a progressive disease leading to cognitive impairments and is a major cause of older people losing their ability to live independently. 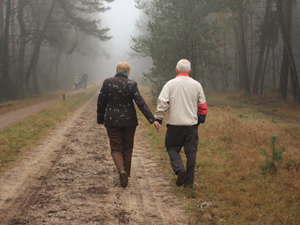 Alzheimer’s disease is primarily characterized by cognitive decline, psychiatric symptoms and behavioural changes. However the disease may also entail changes in physical function such as slowness and impaired gait. People with Alzheimer’s disease also seem to fall more frequently than their peers. In this study patients visiting Memory Clinics in Norway will be assessed by performance-based measures of physical function.

Faculty of Medicine, University of Oslo

Our project is a part of an interdisciplinary research programme “Improving mental health of older people through multidisciplinary efforts. The South-Eastern Norway Pooled Efforts Project” funded by the Norwegian Research Council.  We also cooperate with researchers and clinicians at the Neuropsychiatric Clinic at Skånes University Hospital.