Increased mobility between countries and continents results in people living in a completely different culture than the one they originated in. On the basis of data from the HUBRO survey, we will examine the socio-economic interactions on obesity among immigrants in Oslo. We hypothesize that obesity can be explained to a great extent by culture, social norms, and location-specific factors. 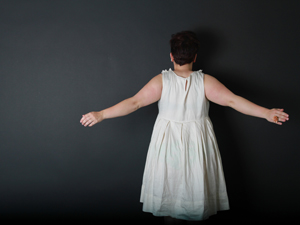 This project will investigate if socio-economic interactions influnce to health problems as obesity among emmigrants. Foto: colourbox.

Clearly, individuals are exposed to a different culture when they immigrate to a different country. Since no individuals are ever randomly selected to become immigrants, selection bias is present in such a data set. We argue that this bias can be accounted for by comparing both immigrants and non-immigrants at two points in time. For example, Group A is a set of individuals who have immigrated from an origin country to a new country, while Group B is a set of individuals who have remained in the origin country. A difference-in-difference approach will be used.

In 2000-2001, the National Health Screening Service (now Norwegian Institute of Public Health) conducted a survey in collaboration with the Oslo City Council and the University of Oslo. This survey, the Oslo Health Study (HUBRO), is a population based cross sectional study of residents in Oslo. Subsequently, another study, the Oslo Immigrant Health Study, was conducted by the Norwegian Institute of Public Health and the University of Oslo in 2002. Individuals born in Pakistan, Sri Lanka, Turkey, Iran and Vietnam between 1942 and 1982 were invited (except for 7 birth cohorts (1940/41, 1954/55, 1960, 1969/70) who had been previously invited to HUBRO). All individuals in the selected age groups living in Oslo and born in Sri Lanka, Turkey, Iran and Vietnam were invited, whereas a 30% random sample of the Pakistanis, the largest immigrant group, was invited. As per the design of the study, the participants were divided into two cohorts; the main adult cohort born in the period 1942 to 1971 and the younger cohort born 1972 to 1982.

Two pieces of information in these surveys mentioned above are relevant to us. First, surveyed individuals came to Norway at different times. Second, each individual was asked about self-assessed weight at 25 years old. Hence, we have two observations of each individual: the weight at the survey (2002), and the weight at 25. Assuming that there is no systematic bias in these data, we can, for each ethnic group, regress the weight adjusted for height (2 observations – individuals as fixed effects) against variables such as age, the number of years in Norway, and other interactions. This allows us to determine if the number of years of residence in Norway affects weights and if these vary across different ethnic Group