The University of Oslo’s Institute of Health and Society is raising donations for one medical camp to be held before 17th of May, in a badly affected and difficult-to-access area in Dolakha. The total cost of the camp amounts to 18.500 NOK (245.300 NP Rupees), which covers travel, equipment, medicines, bandages etc. 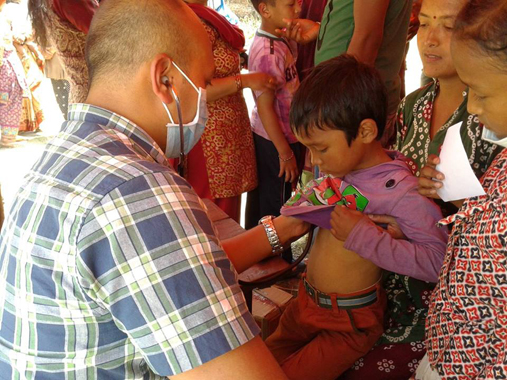 From a medical camp in Dolakha. Photo: CWIN

The medical camp will be carried out by the local CWIN (Child Workers in Nepal) and RDTA (Rural Development Tuki Association) organisations, with the voluntary help of three doctors of the Nepal Pediatric Society and Public Health Trust and two volunteers from CWIN. They will spend three days and two nights in Thami Chagu and an estimated 500 people will receive treatment. All organisations involved are independent of political and religious affiliations.

Many roads are destroyed after the earthquake. The village of Thami Chagu, and adjacent areas in Khopachagu and Kalinchowk VDCs, Dolakha district, is only accessible by walking. It will take around 8 hours walk to get the medical camp into the village.

If more money is raised it will go to the next health camp, planned for week 21 in Bigu/Alampu area, also in northern Dolakha.

The mobile medical camp is an acute response to an identified immediate need. We are also thinking about a longer-term rebuilding effort in the health sector in the area and will update you when we know more.

CWIN held a similar medical camp last week in Singati, the last village reachable by road in the area. This health camp treated about 500 people in two days, many of them children with diarrhoea and severe malnutrition. 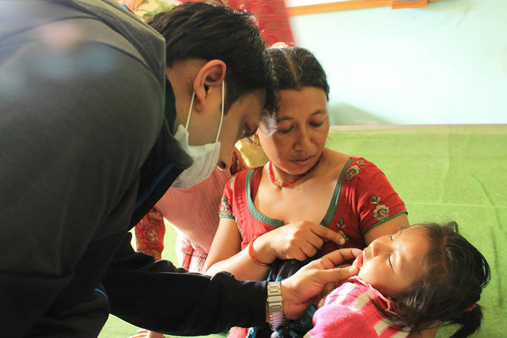 Background of the project

Following the major earthquake that struck Nepal on the 25th of April 2015, a small group of people at HELSAM started to think about a meaningful contribution we could make in the relief and/or rebuilding effort. Many people in HELSAM have worked in Nepal and for many years we have had numerous students from Nepal on our programmes.

Because of most help being reported in Kathmandu and easier to reach districts, as well as the general problem of lacking state-presence in remote, but severely affected areas, we started a process of identifying where and what kind of help was needed in rural areas while also focusing on feasibility. We know from reports in the media and people in Nepal that there are great challenges in the distribution of aid.

Several anthropologists with a long and continuous engagement in the area, development experts, and previous students pointed us to the area of northern Dolakha and to two local, long-term engaged organisations called CWIN and RTDA.

Northern Dolakha is one of the hardest hit areas where about 80-90 % of the houses have been destroyed, while at the same time being not being prioritized by international aid and relief efforts due to its remoteness and its population being ethnic minorities. According to our contacts, CWIN and RTDA are both solid organisations with extensive local networks, who are skilled in negotiating the complex local political landscape, thus are able to quickly access and distribute aid where it is really needed. We eminently trust these recommendations and even in this early and chaotic phase received several detailed reports and needs assessments from CWIN and northern Dolakha.

One of the CWIN reports the acute need for health care due to the demolition of local health services. Given that it was also important to work with a politically and religiously independent organization and CWIN’s long-term cooperation with Forut in Norway, we decided to channel our donations through Forut to CWIN and RTDA.

Photos from Dolakha before the earthquake 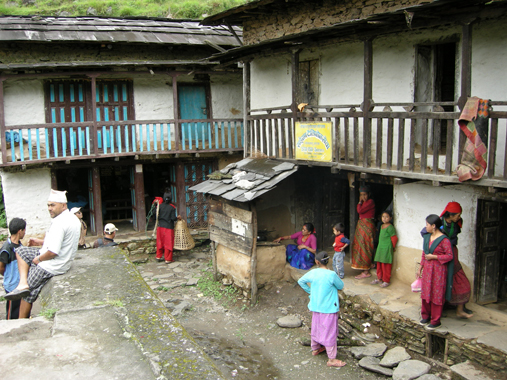 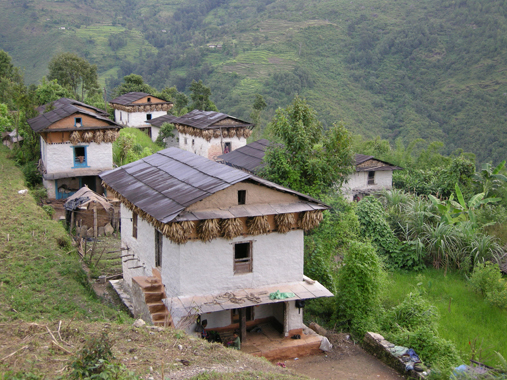 Brahmin houses before the destruction in Dolakha. Photo: Olav Myrholt 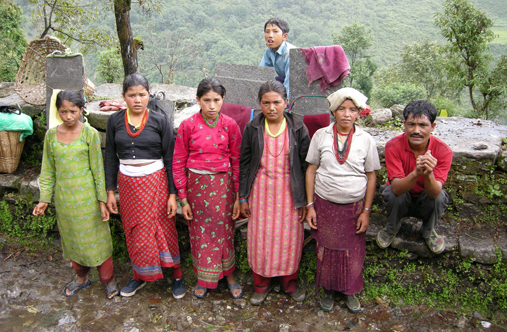 Mark the transfer with: