Schizophrenia Susceptibility and Age of Diagnosis Onset - A Frailty Approach 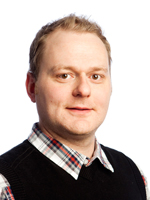 Background: The age-specific incidence of schizophrenia decreases after early adulthood. Frailty models can be applied to disorders with such incidence curves, to elucidate biological phenomena. Using a frailty model approach, we aim to evaluate the effect of early-life risk factors on both susceptibility and age at diagnosis onset of schizophrenia. We assumed that the variables paternal age and familial schizophrenia influence the susceptibility part of the model, while seasonality of birth, urban or rural place of birth, gender, and birth cohort influence the levels and speed of the disease process (age of diagnosis).

Method: Schizophrenia incidence data were derived from the population-based Swedish Patient Registry;  includinged individuals, aged 18 to 45 years, and diagnosed between 1974 and 2008. Data were analyzed by a frailty model, which is a random effects model in survival analysis, using a compound Poisson model.

Discussion: To our knowledge, this is the first regression modeling of time to schizophrenia diagnosis allowing for a non-susceptible fraction of the population, including age dependent modeling of covariate effects and an interaction. Applying frailty model to schizophrenia provide additional etiological clues, elucidating patterns of susceptibility and age at diagnosis for which early-life risk factors are of special importance.