Ammonia is very toxic to the brain and new research shows why: the glial cells ability to remove potassium is perturbed. 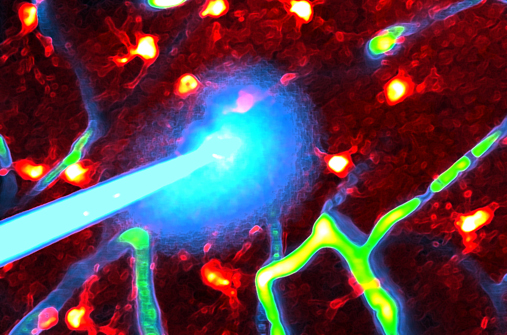 Until now, we have had limited knowledge on the mechanisms underlying ammonia toxicity to the brain.

However, Professor Erlend Nagelhus’s team of researchers at the Institute for Basic Medical Sciences have been working with American scientists to uncover important information about the toxic effect of ammonia on the glial and nerve cells of the brain.

In healthy people the liver will convert ammonia into urea, a substance which washes out with the urine.

People with impaired liver function will, however, be unable to rid their body of ammonia fast enough. The result is excessive concentrations of ammonia in the blood.

– This leads to ammonia toxicity, which may trigger seizures and coma, and which in the worst case may be fatal, say principal authors Vinita Rangroo Thrane and Alexander Thrane. This husband-and-wife team are the lead scientists behind the new findings.

Their findings were recently published in the prestigious medical journal Nature Medicine.

When excessive amounts of ammonia enter the central nervous system, the brain’s defences are severely challenged.

– A complex molecular chain reaction is triggered when the brain is exposed to excessive levels of ammonia. We have found that ammonia short-circuits the transport of potassium into the brain’s glial cells.

– This means that potassium accumulates around nerve cells, causing these cells to absorb excessive amounts of potassium and chloride. In other words, the brain’s defences against ammonia are overpowered, explains Rangroo Thrane.

This new knowledge may lead to new and improved treatment of patients suffering from liver coma and seizures, including adults with alcoholic liver failure, children with congenital liver enzyme deficiency and potentially, epileptic children with normal liver function. More than 500 patients a year suffer from liver failure in Norway.

The effects of ammonia on brain cells have been studied by many researchers, but they have tended to look at single cells or tissue samples. Rangroo Thrane explains:

– These studies have shown that glial cells that are exposed to ammonia swell quite rapidly. Our research shows that swelling of glial cells is not required for ammonia to be toxic to the brain. Three-dimensional imaging and volume analyses of individual cells showed, paradoxically, that the glial cells in the cerebral cortex shrink during ammonia toxicity.

Images of intact mouse brains enabled the researchers to draw these conclusions. By using a new imaging technology called two-photon microscopy they were able to observe the microscopic effect of ammonia on nerve and glial cells in living mice. 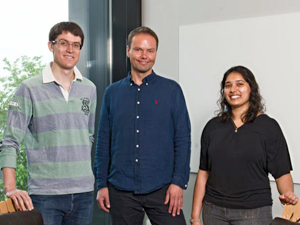 – Microscopic examination of live cells in undamaged tissue used to be impossible due to the harmful effect of conventional lasers on tissue.

– This all changed with the introduction of two-photon laser microscopy, because this type of microscope delivers ultrashort pulses of light at the focal point without heating or harming the tissue, explains Rangroo Thrane.

In addition to uncovering the mechanism behind ammonia toxicity, Rangroo Thrane and her colleagues also identified a possible treatment.

The researchers found that the diuretic medicine Bumetanide (Burinex) may reduce the extent of ammonia damage, thereby alleviating the symptoms of ammonia toxicity as well as increasing the probability of survival.

– Bumetanide blocks the transport of potassium chloride into the nerve cells, thereby protecting them from harm. Our study demonstrated that the drug reinstated normal electrical activity in the brain of mice with ammonia poisoning and that it prevented epileptic seizures, says Rangroo Thrane.

The fact that Bumetanide is already being used at Norwegian hospitals as a diuretic in the treatment of heart failure, kidney failure and high blood pressure may shorten the route to a change of treatment regime.

- Further animal testing and clinical trials are required to clarify whether Bumetanide can also be used to prevent ammonia from harming people, says Rangroo Thrane.

The article is also published on Sciencenordic.com

By Ingeborg A. Hjelle
E-mail this page