Opening of the K.G. Jebsen Centre for Cardiac Biomarkers

The new Jebsen centre opened on 1 September and will have a duration of five years. The aim of the centre's research is to improve the prevention and treatment of heart disease. The Centre is led by Professor Torbjørn Omland. 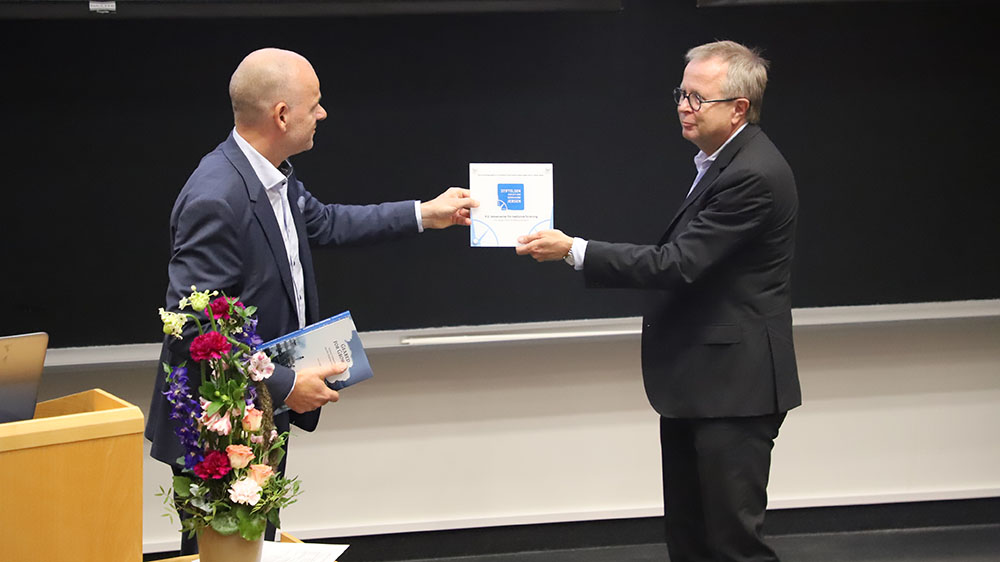 The K.G. Jebsen Centre for Cardiac Biomarkers aims to find new methods to assess the risk of future disease, and to offer better treatment to those living with heart disease.

You can read more about the new Centre here.

– This is a great day for me personally, for everyone who will be part of the new Centre, for the University of Oslo and for Akershus University Hospital. I would like to thank Stiftelsen Kristian Gerhard Jebsen for the award that makes this possible, he said.

The Centre's research is divided into five work packages

The Centre's research will combine laboratory research with clinical research and data from large population studies. It is divided into five work packages:

That the researchers at the new Centre are familiar and already collaborate well, is a huge advantage, according to Omland.

– This is not work done by individuals, but to the highest extent a team effort. I am very fortunate to lead a team of so many talented, gifted, and ambitious researchers. Many of them are at an early stage of their careers and have already shown impressive results, the new Head of Centre said.

One of the speakers at the opening seminar was Professor Carolyn Su Ping Lam from Duke National University of Singapore. She gave a lecture on heart failure.

She was awarded an honorary doctorate at the University of Oslo in 2020.

The Dean of the Faculty of Medicine congratulated

– The new Centre will be the fifth current K.G. Jebsen centre at the Faculty of Medicine and at the University of Oslo. It will also be the 11th K.G. Jebsen centre that has our Faculty as host institution since Stiftelsen Kristian Gerhard Jebsen announced the first call for proposals in 2011, Gladhaug said.

– For us, it has been both very interesting and rewarding to follow this series of awards from Stiftelsen Kristian Gerhard Jebsen, he added.

The new K.G. Jebsen Centre for Cardiac Biomarkers is also the first to be located at Akershus University Hospital.

– It is particularly rewarding to be able to congratulate Professor Torbjørn Omland and the Hospital on the Centre. This award from Stiftelsen Kristian Gerhard Jebsen is a well-deserved recognition, both for Omland and for his team. More generally, it reflects the positive development of the academic community at Akershus University Hospital, the Dean said.