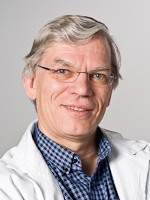 The Norwegian Complement Research Group (NCRG) is an informal association of scientists focusing their work mainly on the complement system, a part of the hosts’ innate immunity. The group comprises approximately 25 people located at two different laboratories in Norway, “The Bodø Laboratory” at Nordland Hospital, Bodø, and “The Oslo laboratory” at Oslo University Hospital and University of Oslo.

Overview of the complement system

Research goals for the NCRG

A primary research goal for the NCRG is to elucidate the role of complement as a primary inducer of the inflammatory reaction and thereby form a basis for a future therapeutic approach in complement-mediated disease processes.

For this purpose we have developed novel assays for detection and quantification of complement activation products based on monoclonal antibodies to activation dependent epitopes on a number of complement components; the most important one being the assay for the terminal C5b-9 complement complex (TCC). This antibody can detect TCC in its two different form: the soluble sC5b-9 that can be quantified in plasma and other body fluids, and the C5b-9 inserted into membranes as the membrane attack complex (MAC) can be detected on cells and in tissues. This and several other assays are used to detect complement activation experimentally and clinically, and to evaluate the effect of various complement inhibitors in experimental models. In a human whole blood model, developed in our laboratory, where all potential inflammatory mediators are able to interact mutually, we are currently studying the effect of complement inhibition on a number of arms of the inflammatory network.

Current experimental in vitro and animal protocols, as well as clinical studies, focus on inflammatory diseases with emphasize on ischemia-reperfusion injury, transplant rejection, sepsis and inflammatory response syndrome, and biocompatibility of medical devices. Based on the cross-talk between complement and the Toll-like receptor system, the group has put forward a hypothesis of combined inhibition of complement and CD14 as a therapeutic approach to attenuate the inflammatory reaction induced by danger signaling both from external (PAMPs) and internal (DAMPs) ligands, leading to sterile or non-sterile inflammation. A close cross-talk also exists between complement and the hemostatic systems resulting in a condition termed thromboinflammation, which is an increasingly important topic for the NCRG.

Members of the NCRG

The NCRG is lead by Professor Tom Eirik Mollnes and consists of 25 members who are working in both Oslo and Bodø, Norway. Relevant information about each group member can be found in the “Members” section, while here you can find a schematic overview of the group organisation and their members. 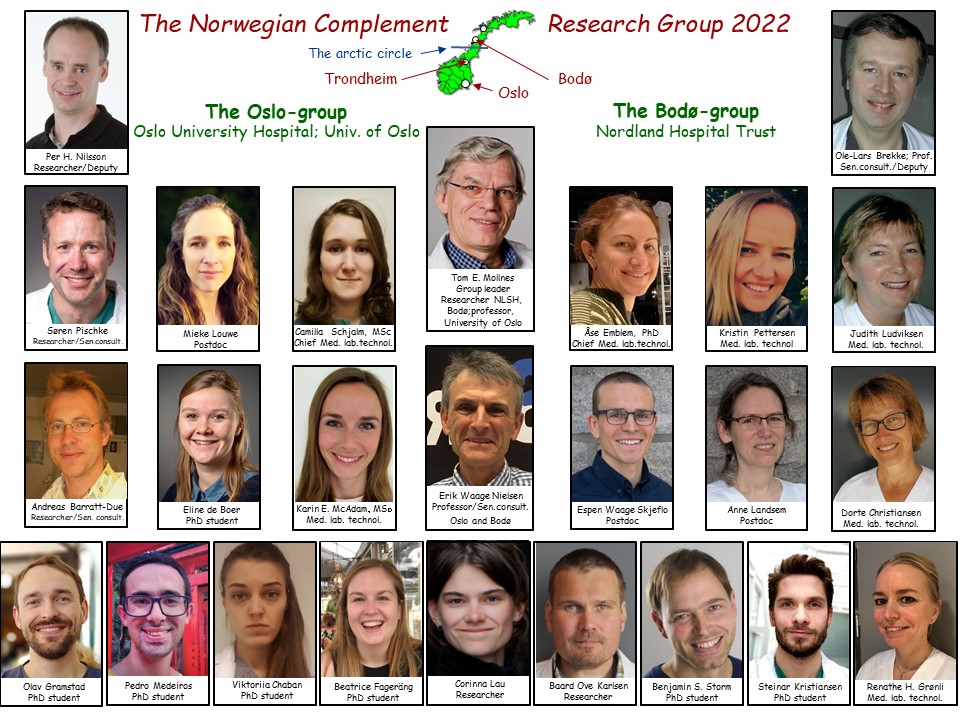