In a press release today Monica Hellmann, who is the founder of Det Glutenfrie Verksted, Nordic Refreshment Company AS, announces that she wants to donate money for the research of Professors Ludvig M. Sollid and Knut E.A. Lundin on coeliac disease.

Our member Gry Skodje (clinical dietician) from the research group of professor Knut Lundin, and with collaborators from Monash University in Melbourne, Australia, has published a study showing that fructans, rather than gluten, might be the villain of non-coeliac gluten sensitivity. This was covered in the national broadcast channel NRK news November 17th.

Read more ...
Knut E. A. Lundin is the new president of the European Society for Study of Coeliac Disease

Read more ...
"What happens when the immune system fails?" in 30 sec by Shuo-Wang Qiao

Assoc. Professor Shuo-Wang Qiao was challenged to explain what happens when the immune system fails in 30 seconds

Read more ...
J CoDiRC will serve as a host centre in the UEG Visiting Fellowship Programme for researchers

The Young Talent Group and the National Societies Committee of UEG (United European Gastroenterology) has chosen J CoDiRC as one of the host centres for the Visiting Fellowship Programme for researchers 2018/2019.

Vikas Sarna and colleagues recently published a paper showing that a blood test can be more sensitive than biopsy to detect coeliac patients after 14-day gluten challenge.

Read more ...
Recruitment of coeliac patients to a clinical study starting up after the summer 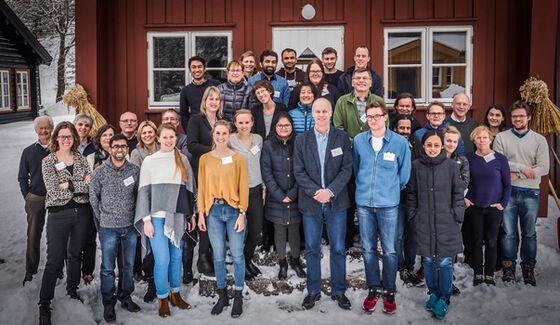 K.G. Jebsen Coeliac Disease Research Centre organized a retreat to beautiful Kleivstua in March, to present and discuss current research on coeliac disease in the Centre.