Researchers used data from 21 countries and found no evidence of increase of suicide during the first 4 months of the pandemic. In some locations, there was evidence of decline. 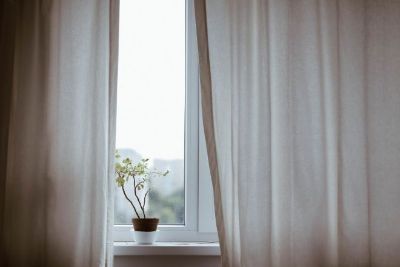 The study published in Lancet Psychiatry is by far the largest study documenting the change of suicide rates during the pandemic in multiple countries. The findings are in line with the observation of no increase or a slight decrease of suicide cases in the first 3 months in Norway.

“The effects of the pandemic on peoples’ mental wellbeing are complex. It has changed the way we live and caused immense hardship from societal fear and uncertainty, disruption of routine activities to potential economic hardship on many individuals,” says Ping Qin, professor of medicine at the National Centre for Suicide Research and Prevention, part of University of Oslo, Norway.

On the other hand, the pandemic may have caused an increased level of unity and cohesion, at least in a short-term. It may also have increased concerns and caring for family members and others in local communities, she adds.

However, as the pandemic continues its toll on mental health may yet worsen.

“There is a prolonged physical distancing and a prolonged economic stress. For instance, in Japan there has been a significant increase in recent suicide rates even though there was an initial decline during the first 3 months,” Qin says.

Since the pandemic started, the unemployment rate in Norway has risen from a low level to more than 7 percent today.

“This is a big development and may have an effect on the mental health and perhaps suicide rate in the working population for months or years to come.”

There are also concerns about an increase of suicidal behaviours in young people, women and ethnic minorities.

“Due to the prolonged public health measures mitigating the spread of the virus, young people may become frustrated for being unable to return to their social life. Family conflicts and domestic violence can also arise, and some immigrants may feel more isolated,” Qin says.

There has been a clear increase of phone calls to helplines, especially from young people, for crises such as stress of family conflicts and suicidal ideation, according to reports from various countries including Norway. According to Qin, one needs to closely monitor real-time data and be alert to any increases in suicide and suicidal behaviour in the population.

“Many countries put in place additional mental health supports and financial safety nets, both of which may have buffered any early adverse impact of the pandemic. There is a need to ensure that efforts that may have kept suicide rates down until now are continued, and to remain vigilant as the longer term mental health and economic consequences of the pandemic emerge,” Qin says.

By Silje Pileberg
E-mail this page