Cand.med Knut Johan Hjelmeland at Institute of Clinical Medicine will be defending the thesis “Zopiclone impairment. Characterization and measurement in an experimental study” for the degree of PhD (Philosophiae Doctor). 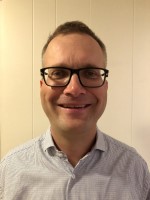 Zopiclone is a frequently prescribed hypnotic drug. Related to the therapeutic effects is impairment of cognitive functioning and psychomotor skills. Impairment caused by a drug is closely related to its concentration in blood, this is well documented for ethanol. Oral fluid (OF) is an attractive specimen due to the simplified sampling procedure.

This thesis is based on a double blind, placebo-controlled, crossover, randomized trial in 16 healthy male subjects. The subjects received 5 mg zopiclone, 10 mg zopiclone, 50 g ethanol or a placebo on different study days. 10 pairs of blood and OF samples (by using two different devices) were delivered during each study day. During the study day a simplified clinical test was performed twice and three times computerized tests (Connors Continuous Performance Test, Stockings of Cambridge Test and choice reaction test).

We found a dose- and concentration-related impairment of both zopiclone and ethanol for the simplified clinical tests and the computerized tests. The simplified clinical test was less able to detect impairment than the computerized tests. We found more impairment for 10 mg zopiclone than 50 g ethanol for automative behavior, while similar impairment for zopiclone 10 mg and 50 g ethanol was found for controlled and executive planning behavior. Tests that measure reaction time were more likely to be influenced by zopiclone, tests that measure impulsive responses were more likely to be affected by ethanol. Acute tolerance was found for zopiclone, but most clearly expressed for psychomotor tests categorized to measure automative behavior or reaction time.