MSc Ragnhild Elén Gjulem Jamt at Institute of Clinical Medicine will be defending the thesis “Psychoactive substance use among drivers in a rural area - Studies of prevalence, risk of road traffic crash involvement and driver characteristics” for the degree of PhD (Philosophiae Doctor). 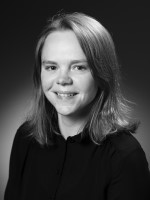 Rural areas have higher mortality rates from injury than urban areas, with particularly high death rates from road traffic crashes (RTCs). Driving under the influence (DUI) of psychoactive substances is a major risk factor for road traffic injury and death.

Finnmark is the largest, but least populated county of Norway. This county has for decades been amongst the counties in Norway with the highest death rates from injury, with RTCs constituting a significant proportion of the fatalities. Finnmark has also for several years had the highest relative number of reports for DUI in Norway. Previous epidemiological studies on the use of psychoactive substances in normal road traffic in Norway have not included Finnmark.

This thesis aimed to gain knowledge about the use of psychoactive substances among drivers in a rural area in terms of estimating the prevalence in normal road traffic and assessing the risk of road traffic crash involvement while engaging in DUI. Furthermore, we assed certain driver characteristics in relation to DUI.

The findings of our study show that the prevalence of psychoactive substances among drivers in Finnmark was low and similar to what has been found in previous Norwegian studies. The prevalence of psychoactive substances among crash-involved drivers in Finnmark who had been investigated for alcohol and drug use was high. A high degree of sensation-seeking behavior was found among drivers who had used stimulating drugs, in contrast to drivers who had used THC and benzodiazepines and/or z-hypnotics who showed a low degree of sensation-seeking. The combination of sensation-seeking behavior and the use of stimulants might lead to risky behavior and thus traffic crashes. This may have implication for traffic safety and deterrence measures. Education programs may be developed for drivers who exhibit high levels of sensation seeking behavior as an attempt to reduce the probability of future DUI.