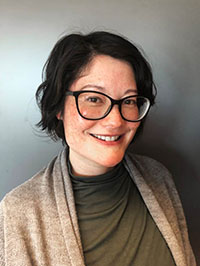 Stroke is a medical emergency. Treatment in stroke units is best proven, and the time-critical treatment thrombolysis is also effective. Following acute-phase treatment, many patients benefit from post-acute inpatient rehabilitation.

The aim of this thesis was to analyse key aspects of stroke and the stroke care pathway by studying a cohort of Norwegian patients hospitalised with stroke. Changes over time in pre-hospital delay, case-mix, and long-term survival, were examined by comparing with a cohort admitted to the same hospital prior to the availability of thrombolysis, but still treated in the stroke unit. Patient selection for referral to inpatient rehabilitation was compared with a contemporary cohort of Australian patients hospitalised with stroke.

Pre-hospital delay decreased substantially between 1994 and 2012. However, there was still room for improvement: half of the patients in 2012 arrived too late to benefit from thrombolysis treatment. Three-year survival after treatment in the stroke unit was overall stable between the two time periods studied despite changes in treatment. The case-mix changed over time. Patients admitted in 2012 were older, more often living in nursing homes, and had greater comorbidity; however, stroke severity was milder, and their stroke risk factors more often being treated.

The selection of patients for inpatient rehabilitation was similar in Norway and Australia, and clinicians appeared to respond similarly to the same factors. Patients with moderately severe strokes, and who received stroke unit treatment or allied health assessments during the acute admission, were more likely to be referred. However, there was evidence that unmeasured factors were important for the decision-making process.

These findings may help to understand the impact that changes in guidelines and policy have for patients with stroke.