Cand.med. Ina Kreyberg at Institute of Clinical Medicine will be defending the thesis The use of nicotine products and effects of snus in pregnancy for the degree of PhD (Philosophiae Doctor). 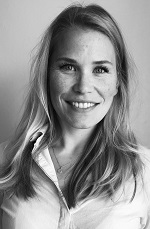 Snus is the most commonly used nicotine product among young women in Scandinavia, but the extent of use during pregnancy is less investigated. Normal fetal growth is dependent on a healthy placenta. The possible effects of snus on biomarkers that might be useful in identifying placenta dysfunction have not previously been studied. Also there is conflicting evidence regarding the effects of snus on birth weight. Environmental factors might affect males and females differentially, but it is unknown if this also applies for snus.

The aims of this thesis were to determine the maternal prevalence of snus and nicotine use, identify risk factors for snus use in pregnancy, determine if maternal snus use affect placenta biomarkers and infant birth size, and explore if the effects of snus differ by fetal sex focusing on placenta biomarkers.

The results are based on a study including 2697 pregnant women and their 2397 infants. Overall 11.3% reported use of any type nicotine product during pregnancy, with snus alone being the most commonly used product reported by 6.5%, followed by 4.1% cigarette smoke, 0.6% dual smoke and snus use, and 0.2% use of nicotine replacement therapies/electronic cigarettes. However, 87.2% of women using snus reported quitting within pregnancy week 6.
Risk factors for cigarette smoking were younger age, urban living, being cohabitant and native born in Norway or Sweden and a personal or in-utero history of smoking.

The early snus exposure was associated with a lower level of the placenta biomarker called placental growth factor. Further testing showed that this applied only for women carrying a male fetus supporting the assumption that male fetuses are more susceptible to environmental factors in-utero.

Snus is the most commonly used nicotine product in pregnancy, but with most women quitting in the first trimester, potential effects of continued use are unknown.