MD Stephanie Zühlke at Institute of Clinical Medicine will be defending the thesis Gluten challenge in coeliac disease. Analysis of gluten-specific T cells in blood for the degree of PhD (Philosophiae Doctor). 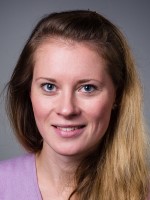 In this thesis we have characterised immunological aspects of coeliac disease; a disorder in which consumption of wheat, barley and rye results in inflammation of the gut. It is known that coeliac disease patients have so-called gluten-specific CD4+ T cells in blood and gut and that these cells are present even if the coeliacs follow a gluten-free diet. It is also known that three days with gluten-containing food result in a numerical increase of gluten-specific cells in blood on the 6. day after re-introduction of gluten.

The studies of this thesis focused on important aspects of those gluten-specific CD4+ T cells in blood. We found that numbers of gluten-specific T cells that expressed the cell surface marker CD38 increased in all participants. Compared to other potential outcome measures we studied, expression of CD38 by gluten-specific T cells stands out as a promising alternative to contemporary measures for monitoring of immune activation in clinical trials of new coeliac drugs.

We also tested the hypothesis that not only CD4+ T cells, but also CD8+ αβ and γδ T cells show a response to gluten challenge. We found that activation of gluten-specific CD4+ T cells likely causes expansion of CD8+ αβ or γδ T cells. These latter cells express highly diverse T-cell receptors indicating that they probably do not recognise gluten.