– Let’s not forget about the liver

We can prevent and treat liver diseases. New treatments are entering clinical practice. However, the treatment does not always reach the patients. 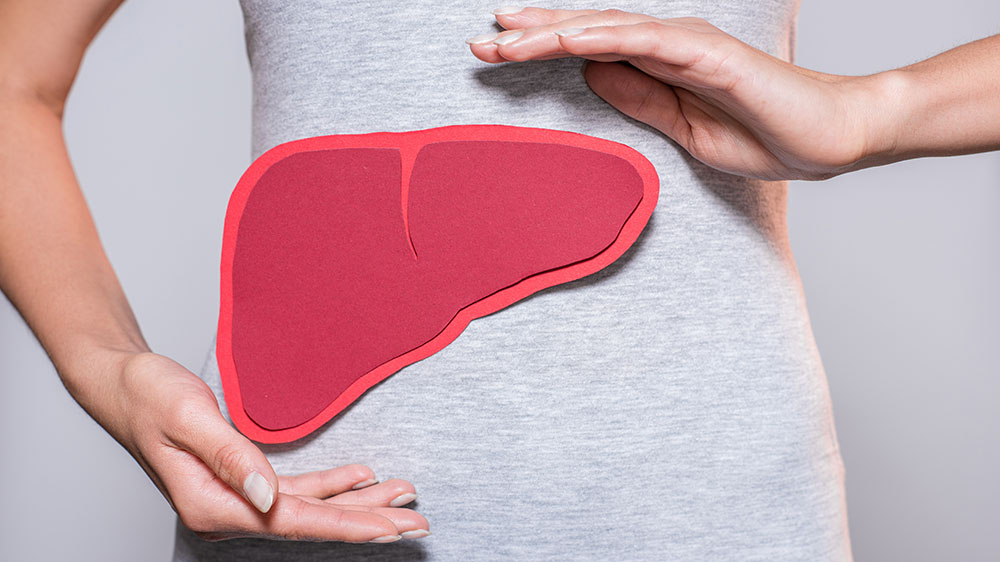 – The simple message is not to forget about the liver when the risk of liver disease is high. People need to know that we can detect liver disease early and that we can halt further development of the disease through prevention and treatment, professor Tom Hemming Karlsen says. Illustration image: Colourbox.com.

The liver is important for more than you think - including a good immune system, the regulation of blood sugar levels, the handling of waste products - and about 500 other necessary household tasks in the body. Some of the most common liver diseases, such as obesity-related liver disease, now affect more than one in four in Norway, and the numbers are increasing. Liver disease is now the second most important cause of loss of working years in young Europeans (15 to 64 years old), after heart disease.

Many liver diseases can now be prevented and treated. A problem is, however, that both healthcare professionals and most people pay little attention to the liver.

– Clearly, we have lacked clear guidelines for how to identify people with high risk of severe liver disease and who need closer follow-up and treatment. Therefore, people with liver disease are often neglected by the healthcare system, Professor Tom Hemming Karlsen says.

– The simple message is not to forget about the liver when the risk of liver disease is high. People need to know that we can detect liver disease early and that we can halt further development of the disease through prevention and treatment, Karlsen says.

He explains that the liver is a tough organ with quite some resilience. It actually often takes more than one liver disease to create problems. At the same time, the liver is a low-profile organ. It does not tell you when something is wrong and there is mostly no pain in early stages of liver disease.

– But we cannot live without the liver. With the opportunities we now have for prevention and treatment, it is important that people become aware of liver disease, the professor states.

– The liver has an image problem

One of the reasons why there is so little focus on the liver is that there is a lot of stigma associated with liver disease, Karlsen believes.

– I use to say that the liver has an image problem, he points out.

The population groups at highest risk of developing liver disease are people with unhealthy alcohol use or people who inject drugs, as well as people with overweight or obesity. Even in the healthcare system, we talk about liver diseases in a condescending way, according to the professor.

– In medical nomenclature, we, for example, talk about "alcoholic liver disease". The World Health Organization (WHO) even uses terms such as “alcoholic” in its official diagnostic guidelines, Karlsen says.

He believes that medical doctors and other healthcare professionals have to come up with new terms for these conditions in the 21st century.

– Just think of all the diseases associated with smoking. We are not talking about "smoking heart" or "tobacco lungs". As healthcare professionals, we must do better, the professor states.

The stigma affects anyone with liver disease

The professor believes that this is because of the stigma associated with liver disease.

– Many of the people with liver disease that we treat at Oslo University Hospital Rikshospitalet, for example, have autoimmune liver diseases. They have neither consumed too much alcohol nor do they have overweight or obesity. But they often complain about experiencing stigma. They tell me that they get comments like, "But you drink a little too much, don’t you?", Karlsen says.

Liver disease and liver disease risk factors therefore becomes something that people hide from others, even from healthcare professionals. This seriously delays detection and treatment.

New treatments may not reach the people who need them

The lack of sufficient attention to liver disease has several unfortunate consequences. The most important one being that we do not detect people who have early stages of severe liver disease.

– I believe that both patients and medical doctors are responsible for talking more about liver disease. In the early stages, liver disease can be reversed. The liver has the fantastic ability to regenerate and heal itself if damage is not too extensive, Karlsen explains.

He believes that awareness of this point is particularly important in Europe. In addition to the wave of obesity, which is hitting the whole world, the European population has high levels of alcohol consumption. This combination is now becoming a problem for Europe.

– If you know that you regularly enjoy a glass of wine, and in addition, have a few extra kilograms around your waist, then maybe you should think about getting a medical examination of your liver. Just like people who like to sunbathe should check their moles. We do not wish to moralise, we simply want people to be aware of the risks and take the necessary precautions, he encourages.

Liver research and treatment is changing. New treatments are coming to the market at a rapid pace. Over the next five years, new and effective medicines will be available for the treatment of various liver diseases. This applies to both obesity-related liver diseases and rarer liver diseases, such as the autoimmune liver diseases that Karlsen and his colleagues have researched extensively.

– Times are gone where we could not really do much to help people with liver disease; we are entering an era where we will be able to prevent and treat many of these conditions, the professor says, and adds:

The need for coordination of healthcare services in Europe

Today, December 2, 2021, Lancet launches a major report on liver disease based on a comprehensive, international project led by Tom Hemming Karlsen and colleagues. One of the recommendations in the report is that European countries must coordinate their efforts to overcome the stigma and to implement measures for better prevention and treatment of liver diseases.

– The COVID-19 pandemic has shown us how bad we are at coordinating the response to major public health challenges in the Nordic region and in Europe. Hardly two countries in Europe have had the same guidelines for COVID-19, and the same is true for other diseases. Preferably, our efforts to strengthen the prevention and treatment of liver diseases should be implemented a uniform way throughout Europe. We believe that it will lead to better healthcare services and, as the report shows, save many lives, the professor concludes.