MSc Quirino Puzo at Institute of Clinical Medicine will be defending the thesis "Suicide in Immigrant Population: Insights from Norwegian Population Registers" for the degree of PhD. 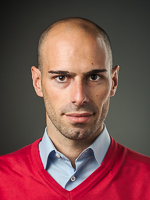 People with an immigration background frequently experience high levels of psychological distress and have increased risks of mental disorders. Suicidal behaviour among immigrants is not only influenced by psychological distress, but, to a large extent, also by culture of origin as well as the relative social and economic marginalization from the majority society and the weakening of previous family and social networks. Although the relationship of suicide with immigration background has been studied in various societies, there is a lack of knowledge on rates and risks of suicide as well as detailed characteristics of suicides by such a background.

This thesis, using the unique source of data from population registers in Norway, demonstrated that first-generation immigrants had a relatively lower risk of suicide than native Norwegians, whereas the risks for people with mixed Norwegian and immigrant background were significantly higher. Suicide risk was associated with a range of socio-economic disadvantages in all segments of population, but the strength of the association varied by specific immigration background, with a generally weaker association in first-generation-immigrants than natives. Notable differences in characteristics of suicide by immigration background with respect to method of suicide, seasonality of suicide, and time to suicide since immigration were also observed. These findings underscore the importance of treating immigrants as a very heterogeneous group with respect to suicidal behaviour, and differences in suicides by specific immigration background should be considered when planning public health policies in order to more effectively tailor preventive measures to at-risk immigrant populations.