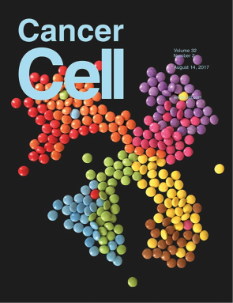 The retrospective study, carried out by Per E. Lønning  and Stian Knappskog at the Mohn Cancer Research Institute at Haukeland University Hospital and the University of Bergen, and British scientists Lucy Yates and Peter Campbell of the Wellcome Trust Sanger Institute in Cambridge UK, examined the spread, or metastasis, of breast cancer and how it evolves from the original tumour in the breast to other parts of the body.

The findings, ‘Genomic Evolution of Breast Cancer Metastasis and Relapse’, Yates et al, were published in the journal Cancer Cell.

Breast cancer cells spread during later stages of the disease

The research shows that breast cancer cells that have spread to other areas of the body have left the original tumour during the later stages of the cancer’s development. The researchers found that most of the genetic changes in the original breast cancer tumour were also found in metastatic tumours, showing that this spread had occurred in the later stages of the disease.

The study sequenced 299 samples from 170 breast cancer patients. The results show that diagnosing and treating breast cancer in its early stages before it spreads is a realistic goal, and that early treatment could be key to stopping cancer cells from spreading to other tissues, such as the lungs or bone.

The findings open the way for further research into metastatic cancers, and also allow for better knowledge of which drugs will work against breast cancer that has already spread. By studying the genome of the breast cancer’s primary tumour, researchers may be able to predict what the cancer cells that have spread might look like and possibly identify which treatments the cancer will respond to.

Featured in the Norwegian national media

It was also covered in Science Daily and various other news outlets.

You can read the original paper on Cancer Cell: Genomic Evolution of Breast Cancer Metastasis and Relapse