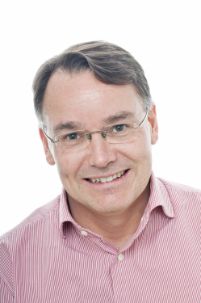 Professor Taskén will start his new position on 1 January 2018. However, he will continue as NCMM Director until 30 June 2018 in a 40% position. This will allow him, alongside new Assistant Director of NCMM, Hartmut Luecke, to oversee planned events for NCMM in the first half of 2018, and to ensure continuity and minimum disruption to the centre.

Kjetil is the founding Director of NCMM, and until September 2017 also held the speaker position for the Nordic EMBL Partnership for Molecular Medicine.

Since starting as the Director of the Biotechnology Centre of Oslo in 2003, and becoming Director of NCMM in 2008, he has overseen the growth, evolution and merging of the two organisations into the highly successful research centre that exists today.

Kjetil Taskén comments: “I have had the pleasure of spending the last 15 years as the Director of the Biotechnology Centre of Oslo, and as Director of NCMM since its inauguration in 2008”.

“Whilst it will never be an ideal time to leave, I feel that with the successful completion of the merger between BiO and NCMM, supported by its excellent Group Leaders, researchers and staff, the centre is probably as strong and robust as it can be. I look forward to seeing how it will develop further in the coming years.” Kjetil Taskén.

NCMM would like to thank Kjetil for his leadership and expertise over the last 15 years, and wishes him the very best in his new role. NCMM is now in a strong position, after a successful merger with BiO, and looks forward to seeing which direction the centre will take under a new director.

About the Institute for Cancer Research

Founded in 1954, The Institute for Cancer Research at Oslo University Hospital plays a key role in the field of cancer research, both in Norway and internationally. The Institute has seven research departments and more than 320 employees, master students included. About 70% of the employees and projects are externally funded. See https://www.ous-research.no/institute/ for more.