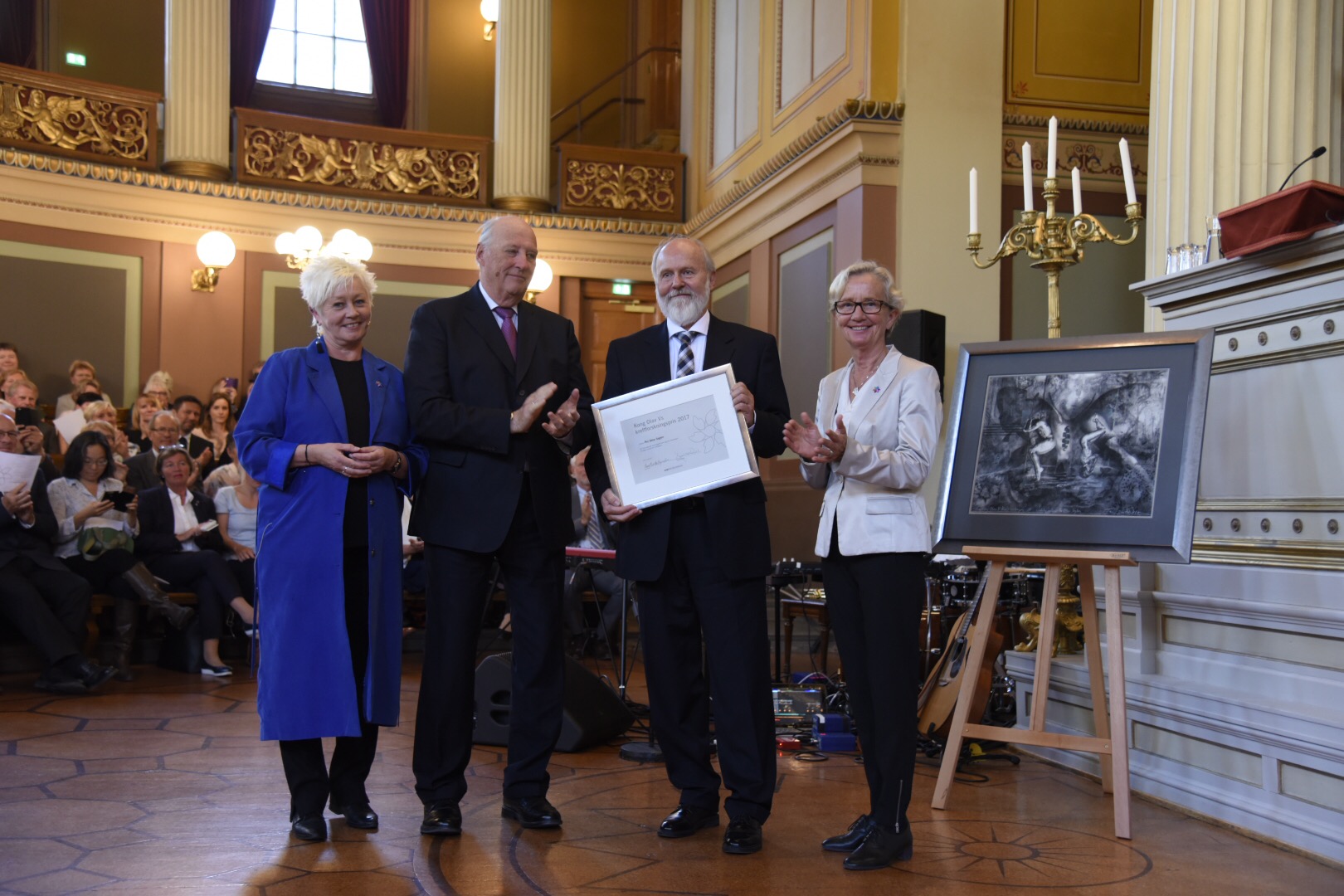 Professor Per Ottar Seglen has been presented with the King Olav V Prize for Cancer Research. The prestigious prize was presented by HM King Harald V, at a ceremony held in Oslo University's Gamle Festsal on 6 June.

Ceremony guests also heard from Oddny Miljeteig about her own personal journey after cancer diagnosis and treatment, as well as an address from the Director of UiO and Chair of the Norwegian Cancer Society, Gunn-Elin Aa Bjørneboe. The ceremony also included some special performances from Norwegian musicians.

Professor Seglen, a guest researcher in the Autophagy Team at NCMM, was awarded the King Olav V Prize in recognition of his huge contributions to the field of autophagy research. The prize, of one million NOK, means that Professor Seglen can continue his important research at NCMM.

News of the presentation can also be found on the Norwegian Cancer Society's website, read the article (in Norwegian)

Per Seglen is one of the world’s pioneers when it comes to autophagy. His research, conducted in its entirety at Norwegian institutions, has been responsible for many of the central discoveries, concepts and terms on which the field of autophagy is founded.

Autophagy is an umbrella term for the processes by which a cell segregates and digests part of its own cytoplasm. This digestion means that cells can provide themselves with the essential building blocks and energy when its external supplies are restricted.

Per Seglen has been working with autophagy, protein metabolism and cancer for over four decades. He was the first to discover the close relationship between cancer and autophagy in 1985. Through self-developed models and assays, he was able to show that the suppression of autophagy was the major mechanism of mass growth enhancement of liver cancer cells.

The medical importance of autophagy was recently highlighted by the Nobel Prize in Physiology or Medicine 2016, when it was awarded to Professor Yoshinori Ohsumi for his ‘discoveries of mechanisms for autophagy’. Per Seglen’s research was highlighted by the committee when reviewing the background for the prize.

About the King Olav V Prize for Cancer Research

The King Olav V's Cancer Research Fund was established in memory of King Olav V in 1992.

Since then the prize has been awarded every year to researchers who have distinguished themselves by working for several years to improve the lives of many people.