NCMM receives positive report from the Research Council of Norway

Centre for Molecular Medicine Norway (NCMM) was externally evaluated by the Research Council of Norway in June 2018. The report has now been released, and NCMM is very pleased to announce that the Centre has been rated as ‘very good/excellent’ overall. 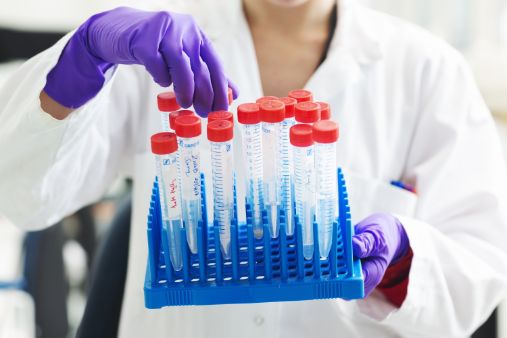 The evaluation of NCMM took place this spring, and included a site visit from the evaluation committee and a hearing at the Research Council on 18 and 19 June 2018. Each group leader was also individually assessed as part of the evaluation.

Overall, the Centre as a whole has been rated as ‘very good/excellent.’ The report highlights areas of particular excellence, including the successful recruitment of high calibre group leaders, the Centre’s growing capacity - as evidenced by its outstanding technological platforms - and also its future scientific strategy. The evaluation committee was especially impressed with NCMM’s lab setup, technology platforms, and the resources available for young group leaders to progress their careers.

Excellent translational research and successful adoption of the EMBL model

Other areas rated highly by the Research Council include the translation between basic medical research and clinical practice, and the strong collaborative links established with hospitals.

NCMM’s financial strategy, as well as its organisation and the strategic role it plays as a national centre for molecular medicine research, were also rated as ‘excellent/very good’. The way that NCMM has adopted the EMBL model for recruitment, and the integral part that NCMM now plays in the University of Oslo’s Life Science initiative, were also highlighted as areas of excellence.

The successful evaluation comes with renewed funding for the next five years, with the Research Council granting a further 65 million NOK for NCMM’s continued operations through the period 2020-2024.

“The University is pleased to congratulate NCMM on the outstanding evaluation report from the Research Council of Norway. NCMM is of major strategic importance for the University of Oslo. The report strongly supports the important role of NCMM in the new Life Science Building that will open in 2024.

We expect NCMM to play a major role in the life science area, not only for the University of Oslo, but also at a national and international level.

Chair of the Board of NCMM, Jens Petter Berg, comments:

I am very happy and proud of NCMM’s recent evaluation report, and wish to congratulate everyone at the Centre for their efforts and dedication.

"The renewal of the Research Council of Norway's financing for the next five year period means that NCMM will continue to be a greenhouse for excellent scientific achievements and for the development of young talented researchers. I am very grateful for the thorough and fair evaluation, and the continued financial support and trust from the Research Council.

“I am very happy to read the NCMM Evaluation Report. Having spent 15 years developing the Biotechnology Centre and overseeing its merging with NCMM, and having also spent 10 years building NCMM up to its current status as a national centre for molecular research, it is very gratifying to see such recognition from the Research Council”.

It is also great to see the credit and recognition given for strong translational research programmes at NCMM, the forward vision and plans and for successfully implementing the EMBL model, and how that is viewed to pervade the environment beyond NCMM. I congratulate all present NCMM staff on a very successful evaluation.

“I also wish to express my gratitude to the Research Council of Norway for its support over the past 10 years, and for their continued support for the concept of NCMM as they have now granted further funding to continue operations for 2020-2024."

NCMM has been given some recommendations to adopt during the next five year phase. The Centre will now work to implement these, as it looks to explore expanding the ownership of NCMM to include all of Norway’s health regions.

NCMM wishes to thank the Research Council of Norway for their continued support, and looks forward to the next five years of operations.