Multi-drug resistant tuberculosis is increasing, with people dying due to a lack of effective antibiotic treatment. Researchers from all over the world have joined together to form the EU-funded anTBiotic consortium to discover new drugs and better treatment regimens 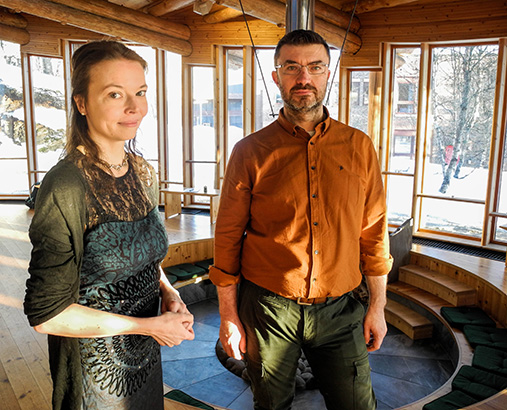 12 of the world's leading tuberculosis (TB) researchers, including representatives from one of the world’s largest pharmaceutical companies, visited the Arctic University of Norway (UiT) in Tromsø to meet with UiT researcher, and NCMM Young Associate investigator, Pia Abel zur Wiesch. Together they will work on a strategy for improved TB treatment.

TB today rivals HIV/AIDS as the leading cause of death from infectious diseases. The number of TB patients has never been higher. According to the World Health Organisation, there were 480,000 new TB cases globally in 2015. There is now a growing proportion of drug-resistant TB which is threatening traditional control strategies, both in the developing and developed world, with Eastern Europe being a particularly worrying point in case.

She and her consortium partners are worried about the rapid spread of the disease, which is now nearly impossible to treat with antibiotics. New, effective drugs that can shorten the treatment period are therefore urgently needed.

The consortium coordinator, David Barros from GlaxoSmithKline (GSK), first heard Abel zur Wiesch speak at a conference in San Diego in 2015. He found her knowledge and perspective so fascinating that he immediately decided that he needed her to be part of the consortium. Abel zur Wiesch is now leading one of the work packages in the EU consortium.

The anTBiotic Consortium is a Horizon2020 project.

Appointed as an NCMM Young Associate Investigator in 2015

Pia Abel zur Wiesch was appointed as an NCMM Young Associate investigator in 2015, following an open call. The Associate and Young Associate investigator network allows NCMM to benefit from stronger collaborative links with other research groups across Norway, and such links help to further support translational research and networking. Abel zur Wiesch presented some of her research into drug-resistant TB, and how she uses mathematical modelling to study the efficiency of antibiotics, at the 2018 NCMM Network Meeting in February.