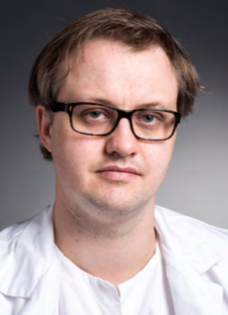 Dr Melum is a group leader at the Norwegian PSC Research Center (NoPSC), based at Oslo University Hospital. He was appointed as an NCMM Young Associate Investigator in 2015.

Dr Melum will receive the Anders Jahre Prize for Young Scientists in recognition of his outstanding work with primary sclerosing cholangitis (PSC); a long-term progressive disease of the liver. The disease causes chronic inflammation of bile ducts, causing cirrhosis of the liver.

Many patients suffering from the disease will require a liver transplant, with death from liver failure more likely in patients that do not receive such a transplant. Patients with PSC are also at a greater risk of developing liver cancer.

Immune cells may hold the key

Dr. Melum’s group is working to better understand the triggering and regulatory events that occur during PSC development. His research focus is on the genetic variants that increase the risk of developing the disease.

Dr. Melum shares the prize of 400,000NOK with Associate Professor Martin R. Jakobsen of Aarhus University, who also receives the award in recognition for his research into the role of the immune system in cancer development.

The Anders Jahre Awards honour research of outstanding quality in basic and clinical medicine. The prizes are awarded by the University of Oslo annually, and are amongst the largest in Nordic biomedical research.

Dr. Melum will be presented with his prize at a special ceremony in October.