New speaker for the Nordic EMBL Partnership for Molecular Medicine 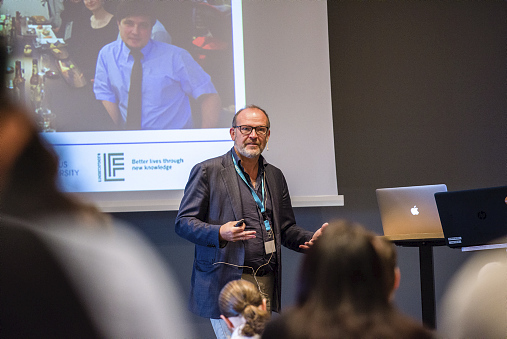 Professor Nissen has been the Director of DANDRITE since the Centre’s inauguration in 2013, when it became the fourth node to join the Nordic EMBL Partnership for Molecular Medicine. Poul Nissen also holds the role of Professor of Protein Biochemistry at Aarhus University. He takes over the role from Bernt Eric Uhlin, who was appointed as Speaker in September 2017.

Professor Uhlin to step down

The Speaker role usually rotates every three years, however Bernt Eric Uhlin will retire from his role as Director of MIMS in October 2018, meaning a new Speaker is now required. The decision was made by the Steering Committee of the Nordic EMBL Partnership on 12 September during the annual Steering Committee meeting.

Speaker gives the Partnership a voice in strategic and official matters

The Speaker position also helps to promote international visibility of the Partnership. Prior to Professor Uhlin, Professor Kjetil Taskén, former Director of NCMM, held the role between 2013-2017.

- I am very much looking forward to taking over this important task as Speaker of the Nordic EMBL Partnership, and following in the tradition of our previous speakers, Kjetil Taskén and Bernt Eric Uhlin.

Our partnership has exceptional possibilities ahead and now a relatively new profile with recently appointed directors at MIMS, NCMM and FIMM. These new directors will bring some fresh perspectives and ideas, and I am really excited to see what the future holds for the Nordic EMBL Partnership.

The Centre is currently in its first phase, having been approved by the Board of the Lundbeck Foundation and Aarhus University to operate for a second five-year period, starting March 2018. This approval also meant that DANDRITE received a five-year prolongation grant from the Lundbeck Foundation. The grant provides the DANDRITE researchers at Aarhus University with the opportunity to continue their work up until 2023.

About the Nordic EMBL Partnership for Molecular Medicine

These national research centres combine the longstanding and strong tradition of translational molecular medicine in the Nordic countries with the operational model and core principles of the European Molecular Biology Laboratory (EMBL).

The Partnership is built on the Nordic countries’ ambition to enhance the outcomes of international biomedical research for the benefit of the Nordic and global scientific community. The partnership creates and accelerates dynamic and open Nordic collaboration in molecular medicine research, and exploits the complementary strengths of the Nordic countries, such as biobanks and registries.