NCMM Associate Investigator, Professor Anne Simonesen, has been named as one of the winners of the King Olav V's Prize for Cancer Research 2019. 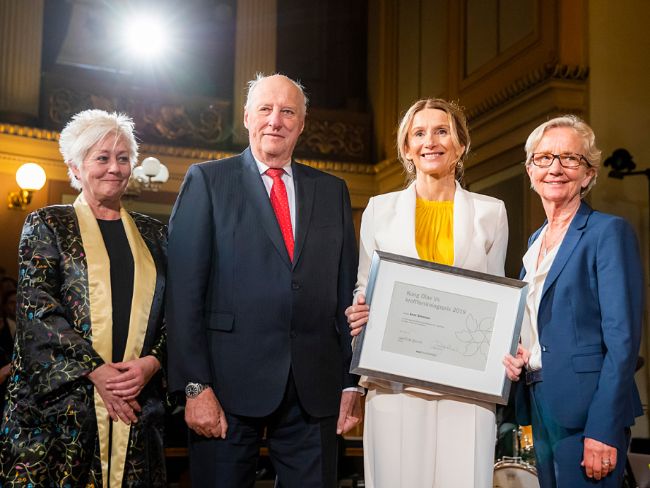 Professor Simonsen, who is a Professor at the Institute of Basic Medical Sciences, University of Oslo, has received the prestigious award for her research into autophagy and its relationship to cancer.

For the first time, two researchers have been awarded the prize, with the Norwegian Breast Cancer Group also receiving the award. Both winners will each receive 1 million kroner.

The original article appears on Med.uio.no (in Norwegian): Kong Olav Vs kreftforskningspris til medisinforskere ved UiO.

Anne Simonsen has been an NCMM Associate Investigator since 2015.

She has collaborated extensively with NCMM Guest Researcher, Per Ottar Seglen, who was also awarded the King Olav V Prize for Cancer Research in 2017 for his work with autophagy.