Dr. Edna Xian Hu joined NCMM in September 2020. She has a PhD from the Mechanobiology Institute, National University of Singapore. 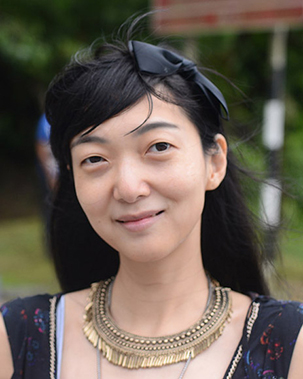 Most recently, Edna has worked as a NorMIC microscopy platform researcher at the Institute of Biosciences, UiO. She is also an image data management officer of the BioMedData/NALMIN infrastructure at Radium Hospital, Oslo.

How did you start out working with microscopy?

I was very lucky that my first job was one that I really enjoyed. After my bachelor’s, I started working at the National University Medical Institute at the National University of Singapore. Here, I helped to maintain microscopes and supported researchers in using the facility. I was then even more fortunate to become the founding microscopy facility manager of Singapore’s Mechanobiology Institute, which had just been awarded Research Center of Excellence (Singapore) funding. With the guidance of my supervisor, the founding director of the institute, Prof Mike Sheetz, and support from colleagues, I was able to build up this new facility from scratch, taking an empty building to a fully functioning microscopy facility,

How did you come to do your PhD?

Mike (Sheetz) believed that anyone working with core facilities should also be able to do their own research. That way, they are well placed to offer the best possible service to users because they naturally have a better understanding of what researchers are trying to achieve. This meant I got to work with Mike on his research project whilst also being the facility manager.

However, I found that it can be difficult to introduce biologists to new imaging technologies, as often they are quite happy with their tried and tested techniques. My team and I felt that the best way to support the researchers was to become involved in their research projects and use the new technology ourselves, rather than just sending people off to workshops and seminars. I became so involved in the research that in the end, I felt I might as well just do a PhD.

How did the mix of facility manager and researcher work for you?

I really liked both parts of my position in Singapore; I enjoyed the facility management as much as the research, and vice versa. One thing is that, as a researcher, you quickly see where the issues are in the lab. Often they are very minor things but fixing them can make life a lot easier. A lot of the other facility staff weren’t so involved in research so every time there was a question or a suggestion, it might take them a while to understand exactly what the problem was and how to solve it. For my team, it was much easier as we were also doing our own experiments and could see things from the researchers’ perspective. Our facility was very successful as a result. This led me to realise that my dream role would be to combine running a facility with doing my own research.

What made you decide to move to Norway?

After my PhD I looked for a position that would allow me to run a core facility, as well as continue with my research. This kind of position is quite rare, but I was lucky to have three job offers, one of which was at the Institute of Biosciences (IBV) at the University of Oslo. I decided that working in an international environment outside of Singapore was important for my career; something that my PhD supervisor (also Prof Mike Sheetz, who I’m still good friends with) also encouraged. I joined the NorMIC node of the Euro Bioimaging facility at IBV, headed by Prof. Oddmund Bakke, as a postdoc in 2017. I got my own research project within intracellular trafficking, combined with core facility work. Earlier in 2020 I also started a 20% position with Prof. Harald Stenmark’s group at Radium Hospital, where I am the Image Data Management Officer.

What are you looking forward to about working at NCMM and how will your role look?

Once again it is a great opportunity to work with facility and lab management whilst being allowed to continue with my research. NCMM is a very active research centre and I also like the fact that the research here is a bit more translational than that at IBV. I think all my experience will be helpful to the researchers here too, particularly when it comes to imaging. I’ve got a lot of experience with this and hope I can help and guide the NCMM researchers in learning more about this and, in turn, learn from them. I’m really open to helping people and hope they will ask for my help when they need it.

I’ll also work closely with Karen-Marie Heintz, the new HSE Coordinator, to take over tasks from Liv Bjørland when she retires, so it will be nice to have a colleague working in a similar area. I will work for NCMM 60% whilst continuing to work with IBV 40%. From January 2021 I will work for NCMM full-time.

What are you working on right now in terms of your research?

I work mostly with imaging-based study of vascular tracking and mechanobiology, and I plan to move towards tumour mechanobiology in the future. I have two manuscripts to write up so it will be a lot of busy nights for the next few months (I will try my best to ensure the smooth running of NCMM first of course!). These are the result of work done with my current and previous supervisors and of course many great collaborators. I am hoping that I will be able to build my own research lines with these two manuscripts.