UiO Faculty of Medicine Centre for Molecular Medicine Norway
Main navigation
Back to uio.no
Sub navigation Menu
News and events > News > 2020 > NCMM congratulates Emmanuelle Charpentier on being awarded the Nobel Prize for Chemistry 2020 for her work with CRISPR

Professor Charpentier was one of the first young group leaders recruited to NCMM’s Swedish sister centre, the Laboratory for Molecular Infection Medicine Sweden (MIMS) in 2009. 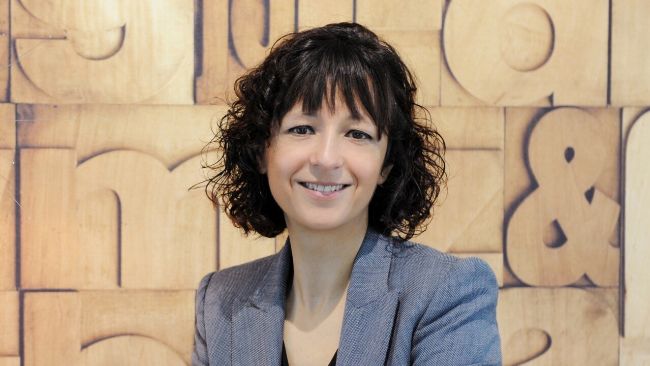 The opportunity to establish her group at MIMS, which is embedded within the Umeå Centre for Microbial Research (UCMR) and situated amongst the vibrant molecular infection medicine research environment of Umeå University, saw Professor Charpentier make some of her fundamental discoveries. Her work in Umeå, in parallel with her research successes at the University of Vienna, Austria, helped to enable subsequent applications of the CRISPR-Cas9 gene-editing technology across a wide range of scientific research areas, including human and veterinary medicine, agriculture and biotechnology.

Emmanuelle Charpentier was one of the first group leaders recruited to MIMS according to the ‘EMBL non-tenure model’; the process followed by all Nordic EMBL Partnership nodes since their inauguration. These group leader recruitments follow the EMBL non-tenure model and involve recruiting young and international researchers for a maximum of nine years (5+4 years, with mid-term review). As Professor Iain Mattaj, the former Director General of EMBL (European Molecular Biology Laboratory) and current Director of Human Technopole, explains:

“The purpose of the EMBL Partnership Laboratory Programme, which was originally suggested by the Nordic delegates to the EMBL Council and designed with their help in the late 1990s, was to create a network of laboratories that would work within national systems but follow the EMBL model.

"This model means new hires centre on the international recruitment of young Group Leaders on fixed-term contracts of nine years. They are provided with enough funding to support a small laboratory, the opportunity to apply for further competitive funding, and given complete scientific freedom and independence."

This model, coupled with careful selection, ongoing mentorship and rigorous mid-term external review formed much of the basis of EMBL’s success. It was therefore a tried and tested approach that could work in other centres and countries, providing the right applicants could be attracted.

Professor Mattaj adds: “Obviously the production of work that has enough impact to win the Nobel Prize cannot be planned, and Emmanuelle Charpentier’s level of success will always be a happy exception. My experience in many research systems has shown that enabling people to follow their own original ideas, coupled with stringent selection and regular external review, can lead to many important breakthroughs.”

Foresight of the recruitment committee to see huge potential

Professor Kjetil Taskén, former Director of NCMM and a member of many of the recruitment committees for group leader positions at MIMS and the other Nordic EMBL Partnership nodes continues,

“Across the Nordic EMBL Partnership, the four nodes have together recruited over 50 group leaders.

It can be difficult to spot the most talented researchers so early on in their career. These group leaders need to have seen some early successes and show they have a clear vision and ambition about what they want to achieve with their research.”

“Emmanuelle wanted to investigate how some types of bacteria protect themselves against virus attacks. We didn’t immediately see the relevance of this or quite understand its applications, but we saw that she had done well in her career and she sold her vision very well. From the start, her work went from strength to strength, and we were delighted when she reported on CRISPR in Nature. It then became apparent that her discovery was extremely exciting indeed; the CRISPR technology meant human DNA inside living cells could be edited and the rest, of course, is history.”

For MIMS, and by extension the Nordic EMBL Partnership, to have been home to Emmanuelle Charpentier and the type of successes that her career has seen, is both an honour and further validation that this model of recruitment works.

“I warmly congratulate Emmanuelle Charpentier on her Nobel Prize. Like MIMS and the rest of the Nordic EMBL Partnership, we focus on recruiting young and talented group leaders who we believe have the potential to go on to achieve great things. It’s very exciting for us at NCMM to see a former member of our Swedish sister centre receive this kind of recognition. CRISPR-Cas9 is a technology used by many of our groups here at NCMM today, ​and I look forward to seeing how it will be further developed and applied  to the benefit of patients in the future.”

An ambassador for MIMS and for the Nordic EMBL Partnership

Bernt Eric Uhlin, former Director of MIMS concludes: “Over the years, Emmanuelle has been the very best ambassador for Umeå and our Nordic EMBL Partnership nodes. For her groundbreaking work, she continues to receive many awards and honours. From the onset of joining MIMS, Emmanuelle has expressed her enthusiasm about the concept here with education and research at a high level and she is always mentioning her appreciation of The Nordic EMBL Partnership for Molecular Medicine.

It is a fantastic privilege for us to have Emmanuelle´s kind approval of our efforts to keep up a vivid international research environment ad modum EMBL.”

The importance of CRISPR-Cas9: A technology widely used throughout research

CRISPR, often referred to as ‘genetic scissors’, plays a critical role in much of the research taking place at NCMM, the Nordic EMBL Partnership, and the EMBL.

The results of CRISPR-based research has already had an enormous effect in the life sciences, contributing to a better understanding of the mechanisms of life and the development of disease models and screenings. While the technology is already waiting in the wings to be marketed in agriculture, the mission in the field of medicine over the next years will be to translate it into safe and effective therapies for serious human diseases for which there are currently no treatment options.

Learn more about CRISPR and its uses across EMBL.