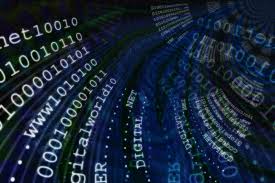 Bioinformatics tools and resources are of vital importance for researchers in the life sciences, providing ways in which to compare, analyze, and interpret genetic and genomic data. Two such resources, the JASPAR and UniBind databases, developed by the Mathelier Group at NCMM, have now been officially recognised by ELIXIR Norway as Norwegian bioinformatics services.

JASPAR is an open access and widely-used database of manually curated high-quality open-access transcription factor (TF)-DNA binding profiles, involving TFs from multiple species in six taxonomic groups. The JASPAR database is the most popular and longest maintained database for TF-binding profiles, and is a standard resource in the field. With >20,000 visits per month, the database serves as a critical resource for the research community, particularly for those researchers studying the regulation of gene transcription. The JASPAR resource is curated, managed, and supported by an international consortium of researchers from institutions from Norway, Canada, UK, Belgium, Denmark, and France.

ELIXIR is the pan-European research infrastructure for biological data and provides resources including databases, analysis tools, and training as well as services to enable interoperability, reproducible research, and e-infrastructure. The inclusion of the JASPAR and UniBind databases in ELIXIR Norway’s national resources offered to the Norwegian research community comes as the result of a recent call to ELIXIR’s partner institutions to propose their bioinformatics tools and resources for inclusion as ELIXIR services. This inclusion recognises the contribution of these resources in accelerating research in the life science. The resources were selected based on factors such as scientific focus and quality, quality of service, and translation and impact.

A full list of services now offered by Elixir Norway can be found on the elixir.no website.

Learn more about the Mathelier (Computational Biology and Gene Regulation) group: at https://www.med.uio.no/ncmm/english/groups/mathelier-group/index.html and https://mathelierlab.com

ELIXIR Norway is a collaboration between five universities across Norway and is part of ELIXIR Europe - an intergovernmental organisation that brings together life science resources from across Europe.