Haapaniemi group sheds light on new mechanisms for improving the speed and accuracy of genome editing. 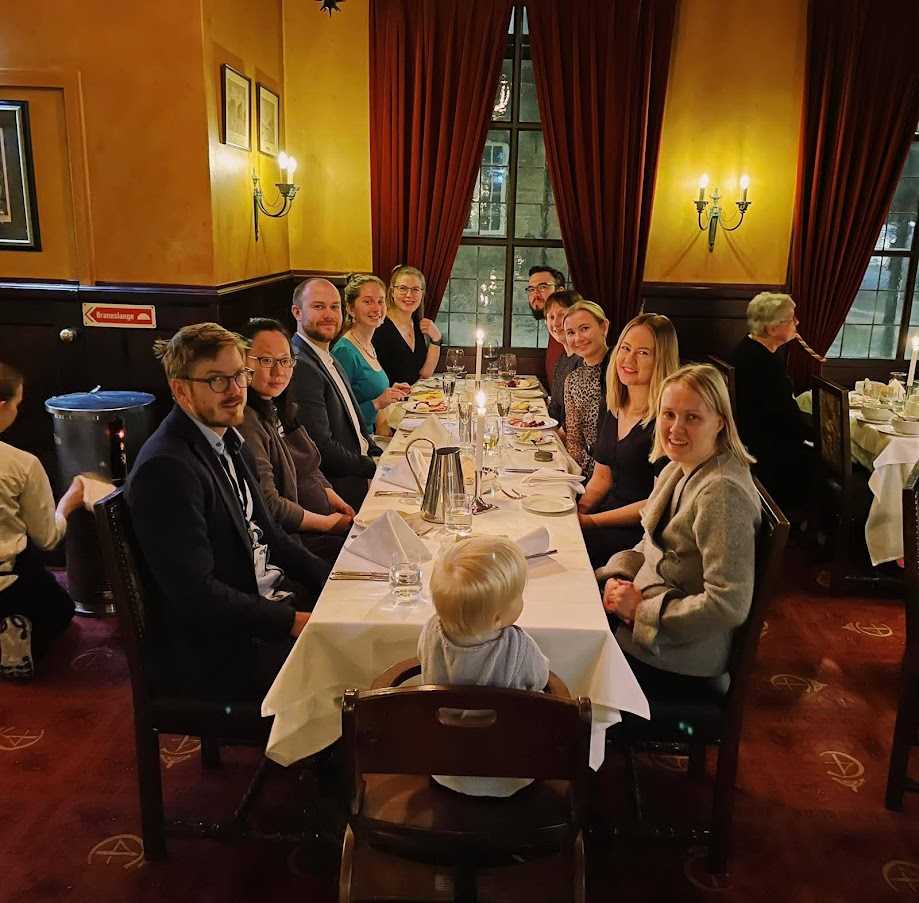 The Haapaniemi group’s paper entitled Rapid genome editing by CRISPR-Cas9-POLD3 fusion has recently been accepted for publication in eLife. The PhD students Ganna Reint and Zhuokun Li, shared first authors of the paper, comment on the main findings of the study and how it contributes to developing the field of genome editing in general

–  The CRISPR technology is constantly developing but it is still not as precise as we would like it to be, Ganna Reint says. Especially for patient cases, it can be relatively challenging to achieve high precise editing levels. Before we can apply this technology to correct genetic disorders in patient cases, we need to improve the precision of the instrument.

To do this, our group turned to the naturally occurring DNA repair mechanisms in the cells, Ganna explains.In the paper, Haapaniemi group tested fusions of Cas9 nuclease with more than 450 proteins/protein domains which take part in the cellular DNA repair processes and determined their effect on the gene editing outcomes. As opposed to the predecending hypothesis-driven publications, where only one or few Cas9 fusions are presented at the time, this paper covers an unprecedented amount of fusions and allows to peer deeper into the intricate mechanisms governing the gene editing process. A panel of the best-performing Cas9 fusions detected in the screens include some previously reported variants, as well a handful of novel ones, with the leading candidate – Cas9-POLD3.

–  We chose the Cas9-POLD3 as it provides faster and more precise editing, additionally - it acts via previously unreported molecular mechanism. I hypothesized that POLD3 protein helps to speed the process of removing the Cas9 nuclease from the DNA cutting site, therefore aiding early DNA repair. I did the literature search and proposed the experiment on how to track the DNA damage-and-repair kinetics, which Ganna then conducted, Zhuokun specifies.

–  The thing is, Cas9 nuclease can sit on the loose DNA strand for hours after it has performed the cut, this delays the initiation of the “DNA repair works” and makes the cell feel stressed, ergo –poor editing. But when I looked through the mass spectrometry protein interaction data, I saw that Cas9-POLD3, unlike Cas9 wild type, interacts with a certain helicase protein. Helicases can use ATP energy to move along DNA, so perhaps Cas9-POLD3 uses a piggy-back ride to do it’s job faster, Ganna adds.

During the work on the publication, the group encountered an interesting phenomenon: Cas9-POLD3 (as well as majority of the previously published editing-enhancing Cas9 fusions) shows a certain degree of effect variability, where results depend on the cell type and gene locus in question. Since the study was conducted in multiple cell types and gene loci, this approach sheds more light on the effect of the biological system on the gene targeting.

–  Cas9-POLD3 does not always give the highest level of editing; in some cell types this effect is diminished. However, what we can see in multiple conditions is that it works better in terms of editing accuracy and also faster, and could be more suitable for clinical settings where the cells cannot stay very long in in vitro, Zhuokun says.

With CRISPR Cas9 being a common and very popular gene editing tool these days, the Haapaniemi group has seen interest from the wider research community as well. Zhuokun presented the findings at the “CRISPR and Beyond: Perturbations at Scale to Understand Genomes 2021"- a conference held by the Wellcome Institute (UK), one of the foremost centres of genomics research and innovation in the world, in September and won the best poster prize there. Ganna presented the work at the Cold Spring Harbor Laboratory conference “Genome Engineering: CRISPR Frontiers”, organized by the leading experts in the field in August 2021. The findings furthermore open up new exciting explorations into understanding the mechanisms governing the gene editing, and there is still more to discover, as Ganna explains:

– We still need to explore the mechanisms Cas9-POLD3 fusion is using in more detail, but it is certainly interesting and valuable information, since our discoveries employ a different mechanistic approach on a molecular level. Cas9-POLD3 enriches the toolkit for precise genome editing. Combined with advancements in this direction from other groups, we expand the panel of available instruments that could be used for genome editing both in basic biological research and in clinically oriented science.

Ganna feels they have now just discovered the tip of the iceberg with many things that could be followed up from the initial project. In the future, it would be interesting to dig deeper into the molecular mechanisms of Cas9-POLD3 fusion.

–  Currently, we have only discovered that it works faster and better, but we still  need to learn more about the mechanism, she says.

The group’s findings both contribute to research in general and potentially, it could improve patient outcomes in the future. As an instrument, the Cas9-POLD3 fusion could be put to use in many patient cases with conditions stemming from gene mutations, primarily group focus is on the rare immune diseases.

–  By the nature of these cells, the longer they stay outside of their natural environment, the faster they start developing into more differentiated types of cells, which are not as potent in terms of repopulation of the blood cells of the patients. Here, the Cas9-POLD3 fusion can provide advantage to scientists, who seeks better editing in terms of how fast and well it can be done.

–  We have also performed a safety check in terms of on-target promiscuity and off-target effects of Cas9-POLD3. Our data suggest that there are no additive biosafety risk coming from POLD3 compound compared with Cas9wt. This is solid data, not preliminary data and this POLD3 fusion also helps us understand better how the DNA repair process happens, Zhuokun adds.

The group wishes to express gratitude to all their collaborators in NCMM for their valuable input. They thank Dr. Judith Staerk and Dr. Artur Cieslar-Pobuda for their help related to the stem cell work, and Dr. Xian Hu for her help with image analysis.

By Larissa Lily
E-mail this page