In order to characterize the dynamic mechanisms of mental disorders across the lifespan, we utilize various brain imaging modalities and approaches, with a particular emphasis on combining measures of structural and functional connectivity with genetics. 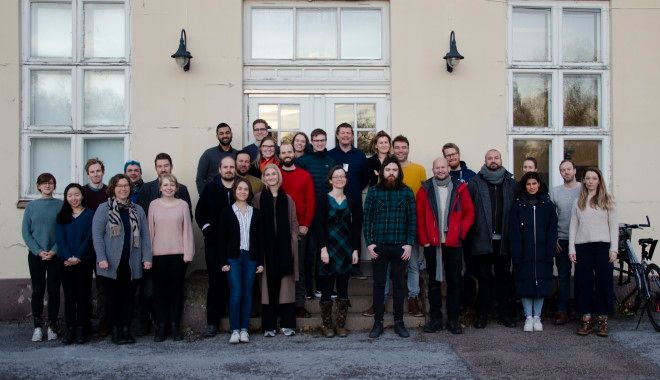 Structural and functional brain characteristics are highly heritable, and our research aims at increasing our understanding of how gene-environment interactions influence the risk of mental disorders during sensitive periods in life.

Mental disorders are highly heritable and typically manifest during adolescence and early adulthood. A major goal of our research is to characterize cognitive, brain and genetic mechanisms of severe mental illnesses, in particular schizophrenia and bipolar disorders.

To this end we use brain imaging to identify neurodevelopmental trajectories associated with genetic and environmental risk, and apply machine learning techniques to assess the clinical sensitivity and specificity on an individual level.

In order to assess the specificity of our findings, we combine data from patients with different brain disorders, which may allow us to zero in on patterns and mechanisms that are specific to each disorder.

In this large-scale multi-disciplinary effort we combine brain imaging, clinical information and genetics to (i) characterize the hierarchy of the neuronal characteristics of psychosis, its developmental profiles and genetic modifiers, (ii) develop multimodal classifiers to identify genotype-phenotype patterns, and (iii) identify genetic pleiotropy between disease risk and brain networks in a lifespan perspective. Read more

Although in most cases occurring without serious complications, a substantial proportion of women are affected by postpartum depression or psychosis. We test the conjecture that increased brain plasticity during pregnancy not only promotes environmental adaptation and attachment to the infant, but also increases susceptibility to psychopathology when combined with genetic risk and environmental triggers.

By targeting general mechanisms of disease, the results will provide new knowledge that are likely to generalize to other clinical domains, including schizophrenia and bipolar disorders. Read more

BRAINMINT: Brains and minds in transition: The dark side of neuroplasticity during sensitive life phases

Despite several breakthroughs, the genetic revolution has not provided a coherent account of the development of the mind and its disorders, and the missing heritability is large across human traits.

We aim to provide this missing link by zeroing in on major life transitions, including adolescence, which are characterized by temporarily increased brain plasticity, offering windows for adaptation and growth, but which also host the emergence of common mental disorders.

A multi-level investigation with this dark side of brain plasticity may add a mechanistic understanding of this link between growth and vulnerability.

Brain-body interactions are critical to understand mechanisms of disease, but are relatively understudied in the context of mental disorders. Patients with severe mental disorders have reduced life expectancy compared to the general population, and have increased prevalence of cardiovascular risk factors.

Whereas the intriguing hypothesis of a direct link between cardiovascular health, brain function and mental illness through common mechanisms is appealing, it is hitherto relatively unexplored. This project includes body and brain imaging, inflammatory and cardiovascular health markers, and genetics in a prospective setting.

The project targets the identification of biologically interpretable biomarkers of severe mental illness in a large-scale, multidisciplinary lifespan investigation. The project investigates their clinical usefulness for early detection of mental illness (prevention) and outcome prediction in chronic patients (prognosis) will be explored using advanced statistical modelling.

The oxytocin signaling system is traditionally known for its role in childbirth and nursing, however, recent work has revealed its role in social dysfunction. As several psychiatric disorders are characterized by social dysfunction, intranasal oxytocin administration has emerged as mental illness treatment candidate. In parallel, research has revealed that the oxytocin signaling system might also play a role in metabolic dysfunction, which is overrepresented in mental illnesses.

The objective of this project is to better understand how oxytocin system dysfunction contributes to both mental and mental illnesses using genetics, body and brain imaging, and blood biomarkers.