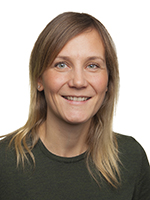 To increase our understanding of the pathophysiology of severe mental disorders and thus form the basis for development of improved treatment options and care in the future, the main aim of the thesis was to obtain more knowledge of the role of different immune pathways in severe mental disorders. This was done by investigating plasma levels of inflammatory markers in patients and healthy controls in a large sample (n=1641) and a smaller follow-up sample (n=216).  We evaluated differences between patients and healthy controls, including separate diagnostic differences. Additionally, we evaluated if possible differences in inflammatory marker levels were stable and/or varying over time according to symptom severity, possible impact of medication, and how cardiometabolic risk factors are related to inflammation.

The main findings were as follows; aberrant levels of sTNF-R1 IL-1Ra, sIL-2R, sCD14 and ALCAM of small effect sizes were identified in patients compared to healthy controls with the most severe findings in schizophrenia. After one year, we identified trait dependent levels of sTNF-R1, IL-1Ra, sCD14 and a trend for sIL-2R, indicating that these alterations are a persistent feature in severe mental disorders. We found no correlations between the inflammatory markers and psychotropic medication. Lastly, the results included an association of immune related abnormalities with severe mental disorders after controlling for cardiometabolic risk factors, which may support the concept of an independent causative effect of the immune system in mental disorders.

Taken together, the thesis provides new insights into the role of inflammation and immune pathways in severe mental disorders.

The results demonstrate specific brain structure abnormalities associated with persistent apathy and auditory hallucinations in psychotic disorders, and emphasize a need to focus on specific symptoms, not just diagnosis, when searching for neuropathological substrates of psychotic disorders. Auditory hallucinations may be associated with different underlying mechanisms in schizophrenia and bipolar disorder.