A major international collaboration study with contribution from NORMENT researchers has produced the first genetic map of the cerebral cortex, identifying more than 300 genetic variants that influence the structure of the key brain region. The results were recently published in the prestigious journal Science.

The cerebral cortex – often referred to as the ‘grey matter’ – plays a crucial role in thinking, information processing, memory and attention. It is the relatively thin, folded, outer layer of the brain. Its folds are a way of packing in more neurons, or brain cells. The extent of the folds – which are measured by surface area – and the thickness of the cortex have previously been linked to cognitive abilities and various psychiatric traits, including schizophrenia, bipolar disorder, depression, attention deficit hyperactivity disorder (ADHD), and autism. However, until now, not a lot was known about the genetic variants that influence the size of the surface area and thickness of the cortex.

More than 360 scientists from 184 different institutions contributed to the global effort, which was recently published in Science. The researchers studied MRI scans and DNA from more than 50 thousand people and identified 306 genetic variants that influenced the structure of the cerebral cortex. The genetic variants that were linked to a smaller surface area of the cerebral cortex – or less folding – also contributed to a greater risk of ADHD, depression and insomnia.

The study was conducted within the ENIGMA consortium – a collaboration of more than 900 scientists from 45 counties investigating the genetic influences on the brain and the role of brain structure and function in disease. These findings can now be used by other scientists to help answer more questions about the genetic influences on the brain and how they relate to numerous behavioural or disease outcomes. 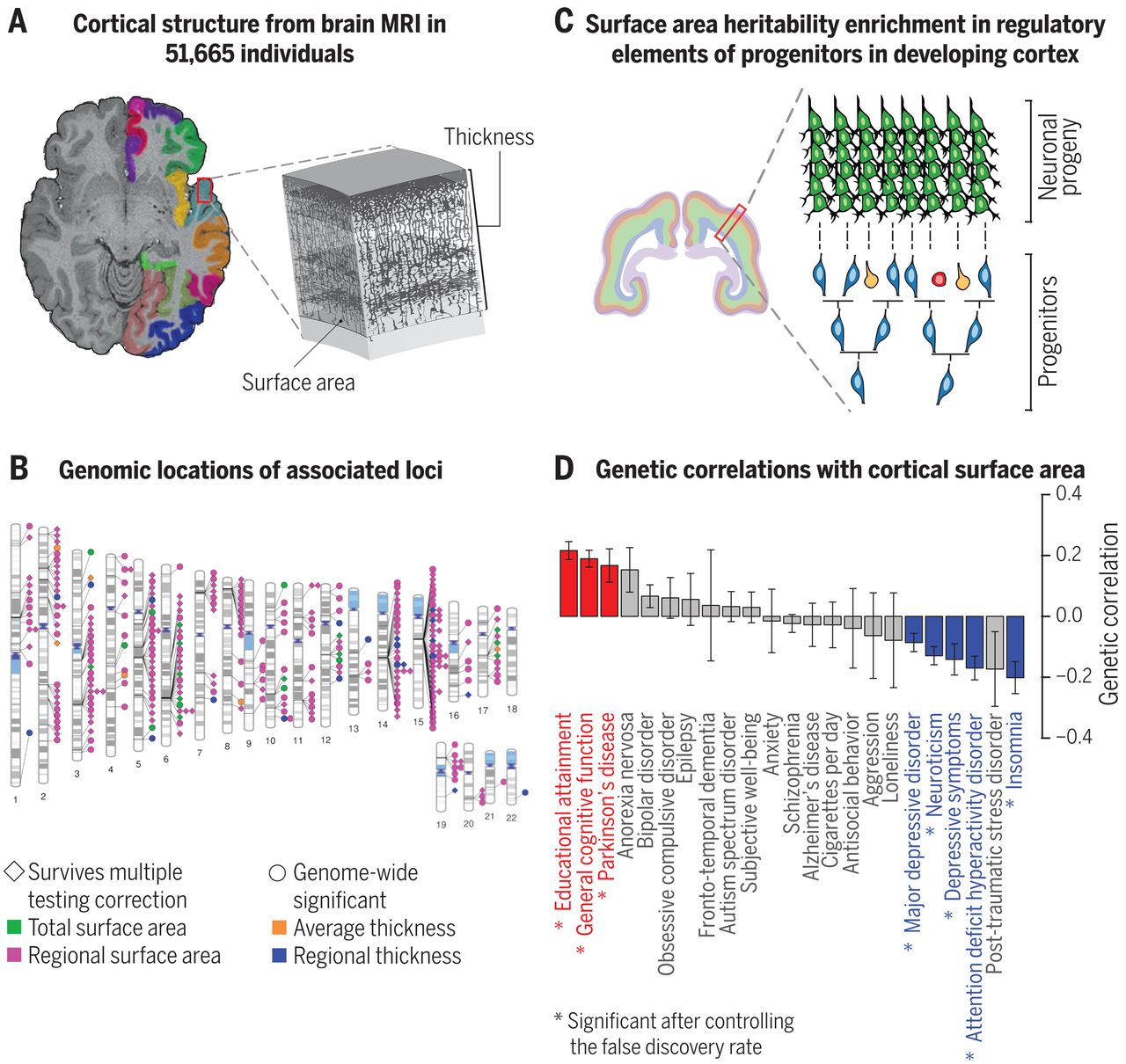