Can genetics help to reimagine diagnosis in mental health? 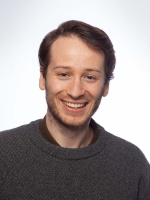 Mental disorders such as schizophrenia and bipolar disorder are often described as “concrete entities”, as if they are equivalent to a blocked blood vessel in the heart or a lack of insulin. However, unlike a myocardial infarction or diabetes, mental disorders are currently defined by a checklist of clinical characteristics rather than their underlying cause. This means that two individuals with the same diagnosis might have very different symptoms with different causes, while two individuals with different diagnoses might experience similar symptoms with similar causes. Improving the alignment between our definitions of mental disorders and their underlying causes may help us to identify more effective treatments and improve outcomes for patients [1].

How can genetics help?

Mental disorders are highly heritable, indicating that genetic variation creates the biological foundations from which mental disorders develop. Genetics may therefore be helpful for improving how we define disorders. However, mental disorders are not caused by a single gene. Instead, they are driven by thousands of genetic variants each with a tiny effect on the risk for each disorder, making it difficult to discover relevant genes [2]. Over the last 20 years, huge international collaborations have collected genetic data from tens of thousands of patients and healthy controls. This has led to exponentially increasing number of discovered genes and evidence of large amounts of shared genetic factors across different disorders. But there is still a long way to go: just 10% of the genetic component of schizophrenia has been discovered so far, and the other common disorders lag further behind [3].

New statistical modelling techniques can re-analyse large data-sets to provide additional insights into the genetic landscape of mental disorders. Using the “MiXeR” tool developed by our research group [4], I aim to estimate the total number of shared genetic variants across four common mental disorders, schizophrenia, bipolar disorder, depression, and ADHD. I will also evaluate genetic overlap with other human behavioural traits such as personality and intelligence. By avoiding the need to identify specific genetic variants, this approach can reveal distinct patterns of genetic overlap across different disorders and related traits that have previously been missed [4].

I will also use two additional techniques to improve discovery of genetic variants shared across mental disorders and related human traits. By combining a “birds-eye-view” approach with fine-grain genetic discoveries, I hope these findings will offer a more nuanced understanding of the genetics of mental disorders. This may contribute to longer-term efforts to improve how mental disorders are conceptualised and diagnosed, so that they are better aligned with the individual patient and their needs.