How do our genes influence the development of our brain? 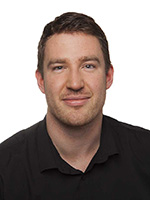 Throughout life, the human brain undergoes extensive changes. Billions of brain cells grow, form connections with each other, or die. All of this is the result not only of our environment, but also of our genes, and the interactions between them.

We have thousands of genes, and millions of genetic variants, that influence the size and activity of our brain. Almost all of these genetic variants have a very small effect by themselves, which means we need to study the genes of a lot of people simultaneously in order to be able to understand them. Thankfully, at NORMENT this is possible because we have brain images and genetic data of a large number of individuals.

In one of the research projects that I am currently involved in, we have investigated how all these genetic variants are related to the size of a brain structure called the hippocampus. The hippocampus is an essential brain region for a range of cognitive functions. It is also commonly found to be smaller, and function less, in individuals with brain disorders such as schizophrenia and Alzheimer’s disease.

However, the hippocampus actually consists of smaller brain regions, known as hippocampal subfields (as shown in the figure), each with its own specific functions; some are more important for emotional memory while others are more important for understanding our place in space and time. While previous studies have shown that certain genes influence the size of the hippocampus as a whole, we are the first researchers to identify genetic variants that influence these specific subfields. This gives us more nuanced understanding about this important part of the brain.

We are further investigating to what degree genetic variants that influence brain development also influence the risk of developing brain disorders. We can use what we know about these genetic relationships to predict one measure based on another. Our goal is to eventually use this knowledge in the clinic.