Improving the intranasal administration of oxytocin for the treatment of psychiatric illness. 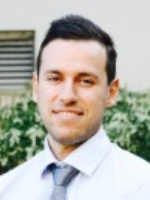 Accumulating research demonstrates the crucial role of the neuropeptide hormone oxytocin (OT) in the regulation of social cognition and behavior. For example, a single administration of OT has been shown to increase empathy, sensitivity of eye gaze, and emotion recognition.

Due to this burgeoning literature, OT has been proposed as a new therapy for disorders characterized by social dysfunction, like autism and schizophrenia spectrum disorders.

In spite of this initial promise, however, recent work has either failed to identify changes in social behavior after OT administration or provided results that are only significant in certain contexts or populations. While these mixed results have been largely attributed to such contextual and individual differences, factors that may influence biological activity of intranasal OT – such as dose, nasal cavity dimensions, cardiac autonomic physiology, and delivery method – have yet to be thoroughly investigated (Quintana et al., 2013, 2015) and may prove crucial for OT to have a treatment effect.

The purpose of my postdoctoral research project is to test a novel method of OT administration and its impact on social cognition and physiology. We have completed a trial of this new administration method in healthy males (Quintana et al., manuscript submitted) and are about to begin a new trial in males that have been diagnosed with autism spectrum disorders.

A well as testing performance in social cognition tasks, these trials also measure the effect of OT on physiological measures such as brain activity, cardiorespiratory function, and hormone concentrations in blood. A better understanding of related physiology will help improve the reliability of OT administration for the potential treatment of a number of psychiatric illnesses.