Investigating the evolution of schizophrenia in humans 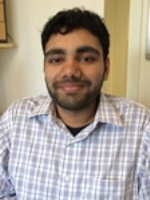 The aim of our project is to use evolutionary proxies to investigate if schizophrenia is indeed a by-product of being human. We use proxies from different periods of time which can help give us a timeframe when during the course of evolution, the vulnerability to schizophrenia increased. Schizophrenia is a polygenic disorder, which means that it is caused by a large number of loci with small effects. We therefore employ statistical tools built to study the polygenic architecture of complex human diseases, specifically tweaked to make use of the evolutionary proxies:

These three proxies help us give an estimate of the evolutionary time line of the development of the disease. In addition, the susceptibility variants in these regions can point to genes associated with various phenotypes, including other psychiatric illnesses. In turn, those among these that are related to structure, function and development of brain can help us deduce if schizophrenia is inherently associated with being human.