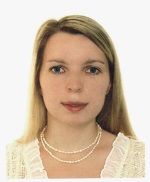 The reasons for this phenomenon might be heterogeneity, low allele frequency, small effect size, poor tagging of causal variants. We are especially interested in methods that could capture allelic heterogeneity, i.e. the contribution of several independent variants within one genetic locus that could help identifying some of this “hidden heritability”.

In this project we are working on methods that will capture more genetic variability at functional loci and accumulate evidence that involves genetic variants in psychiatric disorders. Traditionally, the polygenic techniques can be categorized into two main groups:

In the first sub-project, we are focusing on allelic heterogeneity. Allelic heterogeneity characterizes the situation when independent markers at a locus have an independent genetic effect. We are working on marker-based summary statistics from PGC schizophrenia stage 2. I apply joint and conditional regression analysis. The method has been shown to reveal a greater fraction of the hidden heritability and increase the success of replication.

In addition, since it has been shown that complex disorders share locus susceptibility more often than marker susceptibility, we need methods to conduct locus-based comparison (e.g. gene-based) of complex traits in addition to the marker-based approach. Gene-based methods offer the advantage of being more permissive to heterogeneity, whereby several independent variants at the same functional locus can have independent effects across traits.

To perform the gene-based analysis, we investigate different gene scores and further develop our tool to systematically assign markers to genes (LDsnpR), and this method increases the information captured from GWAS. This improves the interpretation of gene-, or locus-based analyses of GWAS, and will benefit the whole community working on complex genetics.