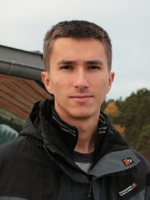 Genetics appears to be important contributory factor in development of psychotic diseases, including schizophrenia. Unfortunately, major part of schizophrenia heritability and its genomic background remains undiscovered.

In my work I focus on analysis of DNA and RNA data from NORMENT patients. I am especially interested in rare genomic variants that could have strong effect on disease development. Understanding of these strong effect variants could provide better understanding of genetics induced  mechanisms in schizophrenia. We expect that schizophrenia related variants will be stored in at least several genes. Unique composition of variants causes that each patient is dealing with his own type of the disease.

Currently, the main challenge in the work is scale of the data (each person has a unique pattern of 3 million genomic variants). In addition, majority of schizophrenia cases is induced by combination of many variants with smaller effects rather than one or a few with strong effect.