Insights from neuronal modeling on pathophysiology of schizophrenia 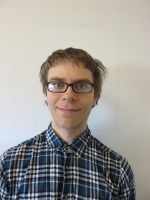 Recent studies have identified more than a hundred genes that show a genome-wide significance in schizophrenia. Despite this gene-level breakthrough, there is little knowledge on how the identified genes affect the behavior of a single neuron and by what means they give rise to an altered neural circuit function as observed in patients with the psychiatric disease. The purpose of this work is to examine the function of these schizophrenia-linked genes in a cortical neuron and investigate by computational means how the information processing capabilities of the cell are affected by alterations in these genes.

During the past two decades the field of computational neuroscience has witnessed the development and proliferation of biophysically detailed neuron models. Such models typically describe the morphology of the considered type of neuron as well as the dynamics of its membrane potential and different ionic channels, and they are specific to the cell type and brain region where the modeled cells are located.

Mega-scale neuroscience efforts, such as the Human Brain Project and the B.R.A.I.N initiative, have recently been launched for providing infrastructure and data that could facilitate the use of biophysical modeling in the study of the brain. Detailed models for describing the fine machinery in neurons are needed to understand the interplay between ion channels and other proteins and how this interplay could be distorted in the mental disease.

Majority of the past and present computational work on schizophrenia has focused on how synaptic contacts are altered in patients vs. healthy controls, and what implications this alteration brings to the neuron or neural circuit dynamics. However, recent findings from genome-wide association studies pinpoint not only genes related to synaptic transmission, but also a large set of genes affecting the single-cell excitability through non-synaptic ion channels and regulators of intracellular calcium dynamics. Such genes are for example CACNA1C and CACNB2, which encode for specific alpha or beta subunits of high-voltage activated calcium channels, and ATP2B2, which encodes for a PMCA calcium pump. The first phase of this project is dedicated to exploring the consequences of alterations in such genes, and second phase to integrating this with the influence of genetic variation in genes directly affecting the synaptic transmission.

In addition, the effect of schizophrenia risk genes that do not fall into either category but regulate other aspects of cellular metabolism (e.g. phosphorylation) is to be taken into account when possible.