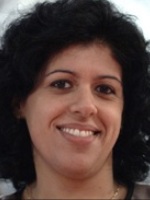 Bipolar disorder (BD) and schizophrenia (SCZ) are among the leading global causes of disability, with severe symptoms, and a substantial impact on the quality of life for patients and their families. However, their pathophysiology is unknown and the clinical management is limited by descriptive diagnostic criteria and outcome measures. Identifying the underlying disease mechanisms can lead to major health benefits through the development of new treatment and prevention regimens.

Although heritable, only a small fraction of genetic variance of psychiatric disorders has yet been identified through large genome-wide association studies (GWAS). The “hidden heritability” has been attributed to a number of potential causes. It is becoming increasingly clear that most complex disorders are influenced by many genes, each with effects too small to be identified in traditional GWAS analyses. Thus, in order to  learn how this multitude of new risk genes may affect disease mechanisms, a completely new experimental study approach has to be attempted.

A major limitation in the study of the complex genetic etiologies of SCZ and BD schizophrenia is the inaccessibility of the brain tissue and the lack of adequate experimental models. Induced pluripotent stem cells (iPSCs) are well suited for study of in vitro aspects of patients’ neuronal development and thus may aid to unravel early pathological processes in the disease.

The main idea of the current project is to translate the large number of new risk genes currently being discovered for BD and SCZ into mechanistic studies, leveraging the emerging cell culture technology of iPSC. We will use gene expression and electrophysiological techniques, and focus on Ca2+- signalling as the primary mechanism, as our recent analysis discovered four genes coding for voltage-gated Ca2+ channel (VGCC) subunits in SCZ, extending findings from previously published GWAS, CACNA1C, CACNB2, CACNA1D, and CACNA1I.

The primary objective of this project is to gain more knowledge about mechanisms of severe mental disorders, by identifying cellular and molecular phenotypes in hiPSC that are associated with severe mental illness, using the well characterized TOP (Tematisk Område Psykose) sample with clinical, neurocognitive assessments and genome-wide genotypes and advanced brain imaging (MRI) scans. By using cell-based studies we aim to identify phenotypes that serve as neuronal predispositions to disease, and can help to explain overlap in phenotypes with other psychiatric and somatic disorders.

The two main aims are: