Stem cells and the immune system in severe mental illness 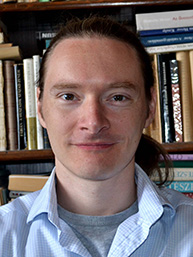 Schizophrenia and bipolar disorder are severe mental illnesses with a high impact on mortality, life quality, and costs of patient care. Although both disorders have a strong genetic component, the details of their pathophysiology and etiology are still unknown. The identification and understanding of the disease mechanisms will be essential for developing effective new drugs for treatment. Factors related to the immune system are recently emerging as possible mechanisms in psychotic disorders. Autoimmunity, infections, and inflammation of the brain and the central nervous system may play an important role in the development of neuropsychiatric symptoms. Understanding the mechanisms by which the immune system and its signaling elements (so-called cytokines) contribute to neuropsychiatric disease could lead to the identification of novel drug targets.

A promising trend in biomedical science is to use human stem cells to investigate molecular and cellular mechanisms involved in illnesses such as schizophrenia and bipolar disorder. Since stem cells from the human brain are not directly accessible, researchers may instead use so-called induced pluripotent stem cells. These are artificially made from somatic cells (such as cells of the skin) and can be differentiated into various cell types. In my research project, we will use brain cells (glial cells and neurons) differentiated from such stem cells to identify and characterize molecular and cellular mechanisms which are responsible for the etiology and symptoms of schizophrenia and bipolar disorder.

Major goals of the research include:

The current project is supposed to identify cellular and molecular characteristics that serve as predispositions in severe mental disorders within the context of inflammation and brain-immune interactions. These novel and critical insights will hopefully have the potential to design new pharmacotherapies in a broad range of neuropsychiatric illnesses, including but not limited to schizophrenia and bipolar disorder.